German power metal veterans Primal Fear have released another video — this time for the song “Angels Of Mercy” — in advance of the release of their new studio album Rulebreaker which is scheduled to be released in Europe on January 22, 2016 and in North America on January 29, 2016. 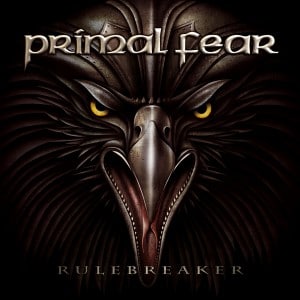 “Frontiers Music Srl will release the new Primal Fear studio album Rulebreaker in North America on January 29, 2016! Rulebreaker is available in CD, deluxe CD/DVD (featuring two bonus tracks), and digital formats. So far, four songs from Rulebreaker have been made available to the public. Today that changes with the release of a new video for the song “Angels of Mercy”…

Mat Sinner commented on the video:

“Angels Of Mercy is the album opener of the Rulebreaker album and represents the entire album in a great way. Primal Fear trademarks updated for the year 2016 and a sexy video clip – keep the metal alive!”…

In support of Rulebreaker, Primal Fear will take part in a North American Co-Headline Tour with Luca Turilli’s Rhapsody! The tour will kick off April 26, 2016 in Hartford, Connecticut, USA and runs through June 1st in Toronto, Ontario, Canada…

All hyperbole aside, Primal Fear are truly about to release what is most definitely their strongest album ever: Rulebreaker! Don’t miss the German Metal Commandos on their worldwide tour in 2016!” 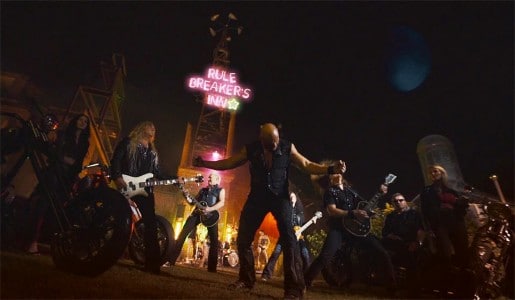 DVD Material (Deluxe Edition Only):
The End Is Near (Video Clip)
Angels Of Mercy (Video Clip)
Making Of Rulebreaker

‘ANGELS OF MERCY’ is taken from the 2016 album RULEBREAKER which is available on CD, CD/DVD (feat. TWO bonus tracks) and Digital formats. Get yours NOW: http…