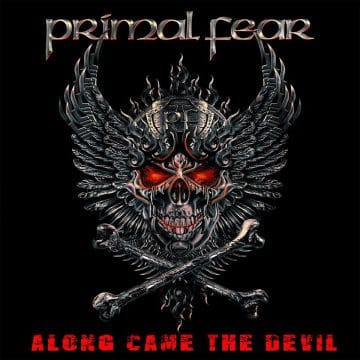 “Sit down and get your notebook ready for a quick lesson in serpents – when a snake’s skin gets too tight, the creature sheds it. The same snake emerges beneath however now rejuvenated, bigger and ultimately more powerful. This process could also be used to describe Germany’s most reliable heavy metal export, Primal Fear, on their crushing new record “Metal Commando”. The band have cast their old skin to reveal the same relentless unit underneath, however now showcasing their new growth in many directions. Let’s let founding member and mastermind Mat Sinner explain the very essence of their 13th album:

“What was heavy is heavier, what was epic is even more epic, what was fast is faster and what was dark is darker.”

One thing becomes instantly apparent, even without reptilian allegories: “Metal Commando” is yet another level in the life and times of these soaring metal eagles. Primal Fear delivered a jolt to German heavy metal as early as 1998 with their eponymous, ferocious debut, fortifying their well-earned status with a following onslaught of rapid successors. They have now achieved a rebirth of epic proportions, even outperforming their viciously strong last release “Apocalypse” (2018), an album that deservedly yielded their highest-ever chart entries in the USA, Germany, Canada, Japan and Switzerland.

Those who hailed Primal Fear before will surely kneel before “Metal Commando”, and those who aren’t already addicted to the southern German’s sound, simply now have no reason to not fall for it. The songs are too strong, the hooks too merciless, the refrains too huge – their trademark phalanx of three guitars is too insurmountable and the riffs too unerring to be resisted. “We’re simply an awesome team,” Sinner laughs. The “we” he’s talking about refers to himself on bass guitar and vocals, fierce vocalist Ralf Scheepers, guitarists Tom Naumann, Alex Beyrodt and Magnus Karlsson as well as that brand-new whirlwind of a drummer, Michael Ehré. 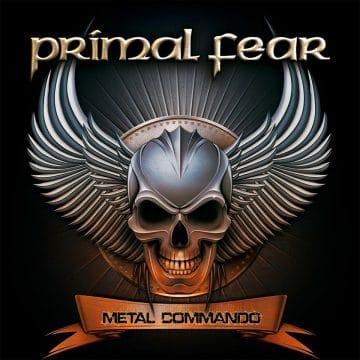 “We are all psyched for what we do. Every single day. We were lucky to turn our hobby into our job, which makes it real easy to go to rehearsals, write and record songs and present them on tour. We can play the music we love the most.”

And he sure knows what he’s talking about: Sinner is a living heavy metal legend, someone who’s seen it all and done it all. He started his other band Sinner back in 1982 and he’s played with Voodoo Circle, he’s a producer and he’s also the creative genius behind the massive Rock meets Classic tours that regularly unite some of the biggest figures and legends of classic rock and more.

“Metal plays as big a role in my life as ever. And what’s more: I’m dead serious about this music and about our songs. If we set forth to do another album we want to make sure that it’s the absolute best we’re able to deliver at that time. A record is for eternity, you can’t just undo it after it’s done. Thus, for one year, I am giving all I have to a project, trying to make it sound as fresh and hungry as I was on day one. I want it to convey the sheer mass of fun and energy we had making it.”

“Metal Commando” does that and more within every note: It’s fresh, it’s furious, it’s hungry. It’s a work that’s almost bigger than the band itself, even 22 years deep into their career. It’ also a record which sees Primal Fear return to their first label Nuclear Blast.

“Returning to our old friends was a huge motivation for us. We didn’t just want to come back with another album, we wanted to deliver something truly special. We come full circle with this.”

Where other bands would buckle under such pressure, the change of labels has helped unleashed a huge amount of sublime heavy metal for Primal Fear. Heck, we bet this seismic shock even was visible on the Richter scale! “We wrote and wrote and realised quite early on that we had a lot of good ideas going,” the album producer says. Good ideas? Oh Mat, you master of understatement! The songs are bangers as only Primal Fear anthems can be – a sound that’s long become their trademark just got a new, shiny paint job.

Highlights? Good luck choosing: Final act ‘Infinity’ maybe, the 13+ minute epic that’s not only the longest, but also certainly the most flamboyant piece of music Primal Fear have ever written. Or perhaps ‘I Am Alive’, the spectacularly galloping opener. Lurking in-between is the greatest range of songs that this band has ever delivered: ‘Halo’ is a godsend for fans of their early days, ‘Along Came The Devil’ is a trademark groove monster with surprisingly aggressive vocals. ‘Hear Me Calling’ unites atmosphere with gargantuan hooks while ‘Lost And Forgotten’ is fast, mean and downright heavy. Even faster, even heavier is the vicious ‘My name is Fear’ while the fragile ballad ‘I Will Be Gone’ is the exact antithesis. Sinner: “That’s Ralf showcasing a peak performance.”

Ralf wasn’t the only one: “Everybody knew where we wanted to go with this,” Mat, the singer and bass player states. “We were hyped by everybody’s performance, we somehow managed to outdo ourselves!” After pre-producing this beast of an album back in July 2019, the band boss and producer took newest member Michael Ehré with him to Denmark where Sinner and Jacob Hansen (Volbeat) undertook the drum recordings. “I knew Michael was good. But I didn’t expect him to be THAT good!” Sinner laughs. And even after 22 years side by side, he’s still similarly in awe of Ralf Scheepers’ vocals:

“He knows what I’m capable of, and vice versa. We both want the same things, only not always in the same way. Ultimately, we both want what’s best for Primal Fear – and at that, it sure helps when you’re a singer still presiding over your full vocal power.”

That leaves us with the superbly fitting album title “Metal Commando”. Mat Sinner offers a tongue-in-cheek explanation: “Back on our very first US tour the guys over there gave us that nickname – ‘German Metal Commando’. Really, I have no idea as to where it came from or who started it all but it somehow stuck with us.” It indeed suits what’s likely the strongest record of their career so far. Just like everything else on “Metal Commando” – prepare for the onslaught.”