Renowned  producer Beau Hill was recently interviewed by Metal Mike for the 80’s Glam Metalcast podcast. Hill has produced some of the greatest ‘hair metal’ albums of all-time including the Ratt albums Out of The Cellar (1984), Invasion Of Your Privacy (1985), Dancing Undercover (1986) and Reach For The Sky (1988). 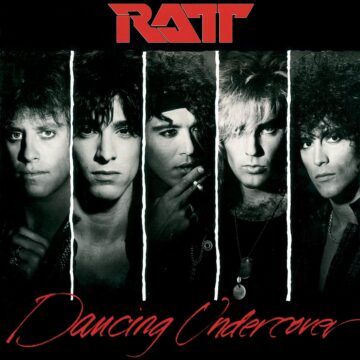 In terms of the three Ratt albums that followed Out of The Cellar, Hill indicated (as transcribed by the 80’s Glam Metalcast podcast with slight edits): “I really loved Invasion of Your Privacy. I had some songs that were really special to me on Reach For The Sky. Dancing Undercover was my least favorite Ratt record. The material was ok. I don’t think we were breaking any new ground or barriers either sonically or musically at that time. We were just keeping the party going at that point. The guys in Ratt never wanted me to produce them, especially for Out of The Cellar. I don’t blame them one bit, because they didn’t know who the hell I was. The funny thing that kept happening after every record, no matter how successful it was….they kept firing me. They would do it in a very public way, like in an interview in Billboard or something.

I was not their initial pick to produce Reach For The Sky. I was pretty much forced on them for that one by Atlantic Records. I didn’t mind because I didn’t have the greatest experience on Dancing Undercover. So they were working with producer Mike Stone and they had sent some of the songs over to Atlantic to preview. I get a call from Atlantic Records president Doug Morris. He says “I want you to go fix this Ratt record. They sound like the worst Holiday Inn band I’ve ever heard!” That was his opinion of course.”

You can listen to the interview with Beau Hill on the 80’s Glam Metalcast podcast below:

Ratt‘s “You’re In Love” video (from Invasion of Your Privacy):