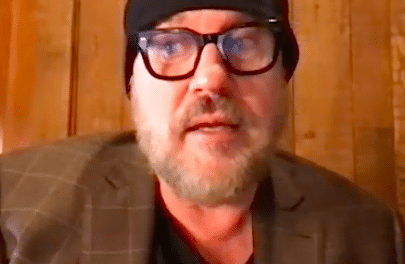 Renowned producer Desmond Child was recently interviewed by Yiannis Dolas for Greece’s Rock Pages. Child is one of rock n’ roll’s most prolific and successful songwriters given that he has written or co-written songs that have reached #1 for six decades in a row. Child‘s hit singles as a songwriter includes KISS‘ “I Was Made For Lovin’ You”; Bon Jovi‘s “You Give Love a 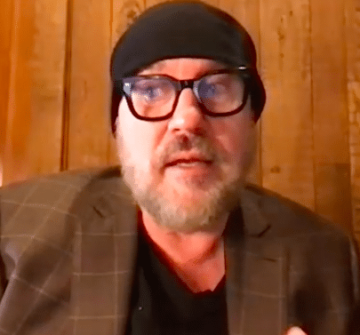 In terms of being in a cult at one point, Child revealed: “I joined a small cult that was kind of a mind control cult that was only 14 people and had a leader the kind of glassy blue eyes who thought that he was the next coming of Jesus or something. And I fell into it because it was like a family during that period of time. I was writing with KISS, Bon Jovi, Aerosmith, producing Cher, working with Michael Bolton, writing a lot of songs with Diane Warren. But three days out of the week, I was on the plantation. You know, pruning trees, putting up fences, mowing lawns, doing all of these things. And then I had four days of the week when I go into New York, and that’s when I would like write two or three sessions a day because I was so brainwashed. I thought I was saving humanity by doing that because all my money was going to that.”

With respect to what prompted him to leave that cult, Child indicated: “We went to Russia and I met two people there and my translator, Olga. And there was like this rocker dude that looked like kind of like Jim Morrison kind of guy with, you know, you know, like kind of like Russian face with the blue eyes and the big hair. And he wouldn’t leave my side. He slept on the floor next to my bed. You know, there wasn’t like a sexy thing going on, but he was like wanting to protect me somehow. And he wouldn’t leave my side and she wouldn’t. She was so sweet and she wasn’t allowed to. No one was allowed to bring someone from a foreign country into their home, but they snuck me in and she closed the curtains and she made this little dinner and I got to get be close to them. And I realized that I felt closer to them than the people that I was living with in the cult. And it broke the spell and I saw a country that was like the cult that that I was in, you know, communism everything for everyone. All of that and giving up everything, you know, I said, Oh my God, this this is like the evil empire, and I live in a small evil empire. And I came back and I quit. And they were very upset because they’re big source of money left.”

You can check out the article about Desmond Child at Rock Pages‘ website and listen to the interview below: