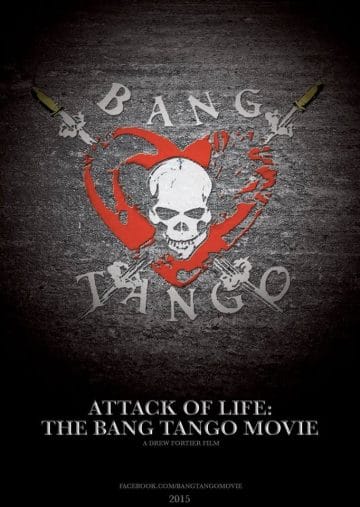 About two and a half years ago, producer and Bang Tango guitarist Drew Fortier decided to release his documentary Attack of Life: The Bang Tango Movie to the public for free. Fortier had spent endless and countless hours filming, editing and producing the documentary over a span of four years. Fortier has now just released an extended / deleted scene from the documentary.

Speaking exclusively with Sleaze Roxx, Fortier advised: “It [the deleted scene] was initially removed because of pacing issues as well as the “taking the piss out of each other” moments through the clip. I just want to mention that the actions in the clip are not a proper reflection on those involved and that everyone you see in this scene are lovely, talented, and wonderful people. This is just a peak inside of how it’s like on the gritty road with a band. I was given the “okay go” to release it and hope it gets viewed with much enjoyment.”

“Here it is! For the first time ever! An 11 minute extended scene from Attack of Life: The Bang Tango Movie! If this gets many shares I might even post another deleted scene

A recently discovered Extended scene from Attack of Life: The Bang Tango Movie.This scene was taken from the rough cut of the film and was asked to be remove…