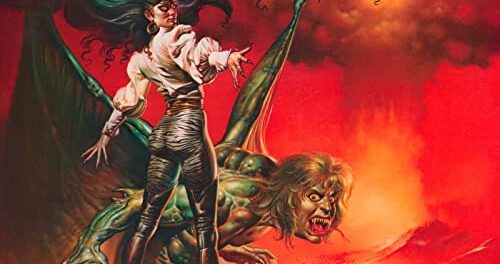 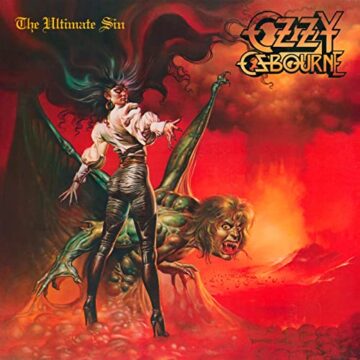 In terms of how he would you compare the sound of The Ultimate Sin to that of Blizzard of Ozz, Diary of A Madman, and Bark At The Moon, and how he was able to manage the different personalities in the studio, Nevison indicated: “Well, he changed guitar players quite a lot. And, not being a fan of Ozzy, I can’t really tell you that I’ve ever listened to those other albums.

I pretty much remember all the recordings I’ve done, somewhat. As I’m now 76, it gets a little foggy. I remember recording at The Town House in London. One of the quirky things was that Jake E. Lee, the guitar player – and an album like that is 90 percent guitar and the rest vocals once the tracks are cut – he said to me, “Hey, Ron, you know, I really play way better at night. Can we work at night?” I said, “Well, yeah, okay. What time do you wanna start?” And he said, “Can we like start at midnight?” And I went, “No. We can’t do that. I can’t expect this staff at Townhouse Studios to totally turn their time all around.” I said, “I’ll tell ya what we’ll do – we’ll start at six o’clock at night and work from 6 PM ‘til two in the morning. That’s night to me.” And he was great; it’s not like he was into drugs or anything like that; he was into martial arts. We whipped through the guitars and had a good time doing it.

But then it came to Ozzy’s vocals, and that wasn’t so good because Ozzy didn’t turn up for his sessions. So, I went to his wife and said, “We’re gonna have to do something here.” I said, “I think it would be best if I took him somewhere and recorded, so I’d have a captive audience.” I said, “Where could we go?” She says, “Well, he hates France. You can take him there, and he’ll come back real quick,” or something like that. So, I got a studio in Paris for ten days and went over there — Ozzy, me, and this 10-foot tall minder — and we did his vocals. He wasn’t turning up; he was staying at home, getting drunk, just being Ozzy. There’s a little bit of a wobble there – one day, he disappeared. But I think we did like six days, I lost him for the seventh, and then I got him for the other three. So, we got it all done.

But I do remember a funny incident. I didn’t realize when I got to the studio, that it was on the other side of Paris from where we were staying. The traffic was so horrendous, on the first night, it took us an hour to get to the studio from the hotel. [Paris] is one of these cities that’s built like a wheel; to get from one side to the other, you almost have to go outside to a ring road to come back in. Anyway, we ended up taking the Metro, which is the subway. So, that’s how we got to the studio every day; we took the subway. It was only 15 minutes instead of an hour.”

You can read the rest of the interview with Ron Nevison at Vinyl Writer Music‘s website.