Sleaze rockers Prophets Of Addiction have released a lyric video for their song “Take Me To Your Leader” and a number of US tour dates from May to October 2017. 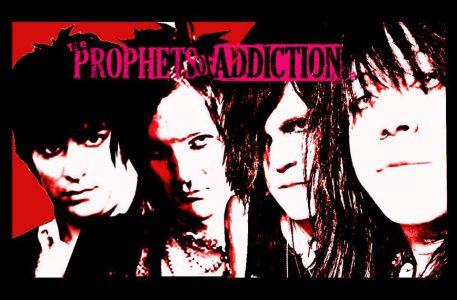 Lesli Sanders brings a long time commitment to the sound of the late 80’s Sunset Strip, combined with the passionate edge of the Bowery‘s CBGBs punk scene and the flair of traditional hard rock cult staples – the likes of Hanoi Rocks and the New York Dolls. His longstanding position as an underground idol has instilled a fan base that has supported the recorded works of his groups Queeny Blast Pop, City Girls Boys and even his stint alongside hair metal favorites Pretty Boy Floyd.

In 2017, Sanders shares news of not one, but two additions to the line-up of the band; drummer Wayne “The Stoke” Stokely – a former Pretty Boy Floyd alum and drummer heard with Infidel Rising and the punk infused Valentine Failures from Texas and second guitarist in the band, former Queeny Blast Pop and City Girls Boys band mate Steve Soto.

The line-up on stage for the tour will be:

Along with the forthcoming summer tour dates, the Prophets Of Addiction have released a new single – with more to come – recorded with the new line-up, and consistent with the sound that has made the band a favorite. A new lyric video for the song, “Take Me To Your Leader” can be seen here.

Of the new song, Sanders shares: “I looked at the music scene and I wondered where the trend setters went, artists that shook up the kids, like the (New York) Dolls and the Sex Pistols. Crowds used to stand online for shows, before the instant gratification of a phone in their pocket … they went out and lived the music. Whoever’s leading them now, I’d like to have a good talk with that guy – take me to your leader!”

There are currently more than 30 US National dates set, with more to come. On select performance dates throughout the Northeast, fans will have an opportunity to get up close and personal with Sanders and G.G. for a handful of intimate acoustic dates, meet and greets and unique stage performances of music from both the Prophets of Addiction catalog and songs formerly released on Sander’s solo CDs. Each show guarantees to be unique to this tour.

As an opportunity for fans to be engaged, the band asks that they share video links and personal photos taken with the band to be shared on the POA Social Media Pages as well as for potential inclusion in forthcoming music videos to feature fans handy camera work – be creative and have some fun.

Part of the band’s tour schedule for the summer will include taking part in Colorado’s annual Wolf Fest. The band’s previous inclusions in the festival have seen them on stage saw alongside Lynch Mob, Killer Dwarfs, Tuff, Wildside and Spread Eagle to name a few…. 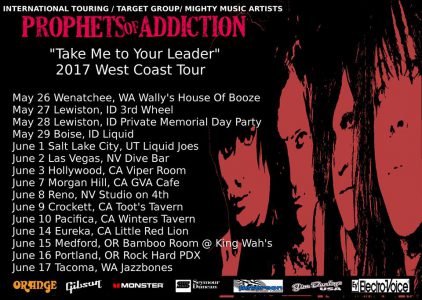 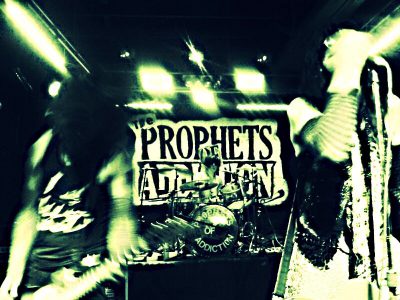