Prospect reveal their pre-gig ritual with the ‘Lucky Stick’ 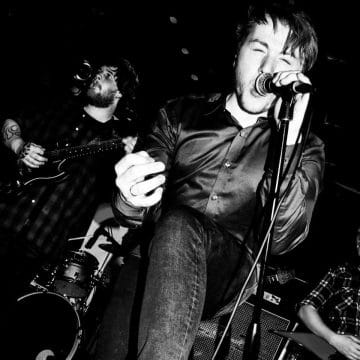 The group members, consisting of lead vocalist Kenneth Lyng Myrslo, drummer Odd Peder Hoem Kaldal, bassist Andreas Bye Pedersen, and guitarists Eivind Haldorsen and Tom Ståle Prestmo, were asked what was the craziest thing that they ever received from a fan to which they replied (with slight edits):

“We played a gig in Plzen, Czech Republic with a band that called themselves Incest. Their vocalist used a drumstick to bang on an oil barrel and it broke. After the gig, he gifted us this broken drumstick. Now it has become our ritual to touch the stick in unison before every gig we play. It is known as the ‘Lucky Stick’.”

In terms of the advice that they would give to others wanting to form a band, Prospect advised: “Find some friends and figure out what music you would like to make. Then you make whatever YOU thinks sounds cool. If you think it’s cool, chances are someone else is gonna think that too. Just do it and don’t be afraid to try. Don’t let anyone stand in your way.”

With respect to the song that means the most to them, the group members indicated: “Plug ‘N’ Play. It was the first song we made together and the song is about our journey to the stage. The song describes our mantra as a band. We will never give up and we’ll keep plugging in our instruments and keep playing music to all of our amazing fans.”

You can read the rest of the interview with Prospect at Foggy Water Studios‘ website.