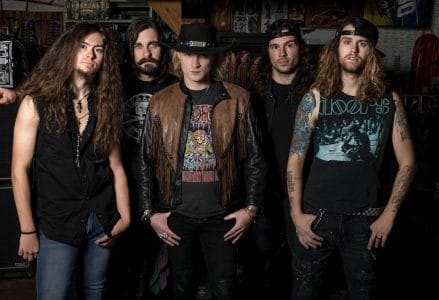 The following message was posted on Pröwess‘ Facebook page two days ago:

“Announcement! We’d like to welcome drummer Hunter Floyd and guitarist Adam Morris to the band! Tour dates in early ’18 coming in a few days!! Tell them hello!”

“Pröwess is a straight on rock ‘n’ roll band hailing from Charlotte, NC. This savage army of seasoned road-warriors with dreams of conquest and world domination was unleashed in 2016, after charting on Billboard‘s Heatseekers under previous moniker 21st Century Goliath. With a new vocalist and a war cry from hell, their guitars are their weapons, as they march to the rumble of thunder under foot. They carry the battle flag of rock ‘n’ roll, but you’ll hear them coming long before you see them.”