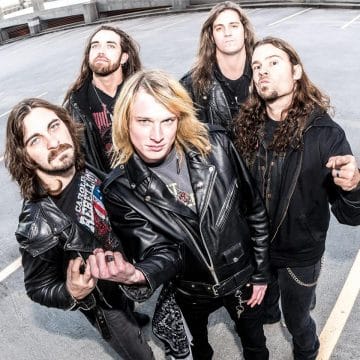 North Carolina rockers Pröwess have released a video entitled “Public service announcement” to get the public to pre-order their upcoming debut EP Headfirst, which will be released on January 17, 2017.

Pröwess recently posted the following message on their Facebook page about the presale for their new EP:

“Our EP pre-sale is happening now! Reserve your copy of “Headfirst” now. Buy the physical CD & get an early digital download for only $7.50 for both!!! Offer ends soon, then the price goes up! ORDER NOW!

“This bundle includes an advanced physical copy of the Headfirst CD. The physical album includes a bonus intro track and some neat little Easter egg trinkets. Also included is an advanced album download available at least one week prior to the release.”

A Public Service Announcement from Pröwess. Help the cause here: http://www.prowess.rocks/prowess-shop

Pröwess is a brand new rock and roll band from Charlotte, NC launched in 2016. This is the official video for their debut single “No Survivors” which was produced by Jamie King [Between the Buried & Me, He Is Legend]. Filmed and directed by Wheelhouse Media.