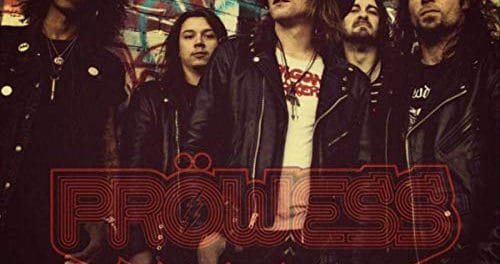 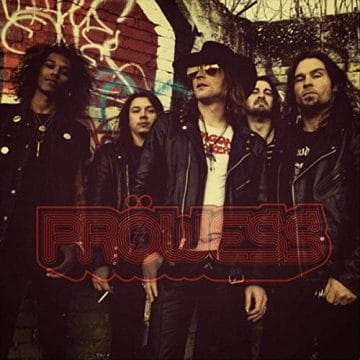 “With years of intense, nationwide touring and a brand new debut album Blacktop Therapy out earlier this year, North Carolina’s hard rock band Pröwess has officially signed their first publishing deal with Amuxe Publishing. Launched by former Victory Records/Another Victory Publishing owner, Amuxe Publishing is prepared to take Pröwess to a new level by staying committed to their development along with building their growing music catalog.

Guitarist Scott Roby adds “We’re very excited to work with the folks at Amuxe! They have the resources, network and track record to get some major placements for our tunes. Money is hard to come by for bands these days, but music licensing still offers artists a way to make real money off of their music. We’ll be using the revenue to make new recordings, upgrade our live show production and for purchasing some new equipment right off the bat! We’ve already scheduled time to get back in the studio with Tuk Smith down in Atlanta to begin tracking the follow-up to our debut full-length ‘Blacktop Therapy‘, which dropped earlier this year.”

After releasing two self-produced EPs in their short existence: Headfirst EP (2017) and Roll’n With The Punches live EP (2018), hard rock band Pröwess give a nod to the legendary rock bands of the late-70’s and very early 80’s in their first full-length Blacktop Therapy (2020). All of which showcase a young, frenetic band with all of the energy and panache of their heroes, albeit in very raw form. Blacktop Therapy, produced by Tuk Smith (Better Noise Music) and renowned Atlanta-area sound engineer Dan Dixon, boasts single “Lookin’ For A Bullet”, which was named in Classic Rock Magazine‘s Tracks of the Week, and has received rave reviews from many rock and metal publications.

In an interview with Sleaze Roxx back in January 2020, Roby explained how producer Tuk Smith‘s more commercial influences assisted Pröwess:

“Well, he’s got a great ear for pop stuff and he’s really plugged in to what ladies like. I mean, he writes songs that ladies like, you know? We don’t think about it in those terms. We just write what makes us feel good and that’s the tougher stuff. We kind of found a formula where it was right in the middle where we still had grit, edge and teeth, and we were a tough and tumble rock n’ roll band but it had enough polish to attract some of the other sex. Because I think the goal is to write music that speaks to the most, to a lot of people, about what you do and even some that don’t to get them to like what you do. We didn’t venture out to be that way but what he added to our songs, he gave them more of an edge that for example, our girlfriends and wives were digging harder than our previous stuff.”