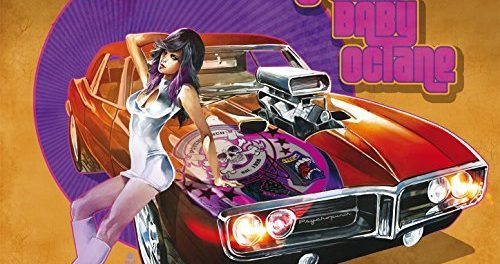 Swedish rockers Psychopunch have released a video for their song “So High” from their latest album Sweet Baby Octane, which was released via Steamhammer / SPV back in the fall of 2015.

Psychopunch‘s Bio on their Facebook page states (with slight edits):

“Swedish four piece Psychopunch is a phenomenon of its own. 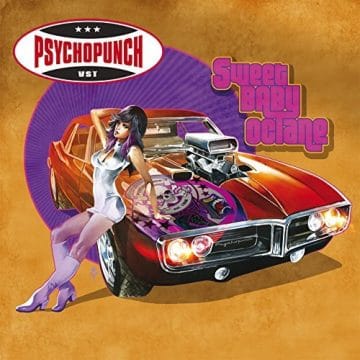 In times like these not many things are of continuous existence. Especially for the music bizz. Many bands have come and gone and most of them disappeared without being noticed. Thanks that there are exceptions. Being one of them is Psychopunch from Västeras in Sweden. For more than eleven years, they have been out there on a mission in Rock’n’Roll and some might think that was it. How wrong can they be!

Psychopunch hail from Västerås, one of Sweden’s major industrial towns.

The band started back in 1998 with members from various Punk, Death Metal and Dirty Rock ‘n’ roll bands. With four albums on White Jazz Records/Sweden and 3 highly acclaimed albums on the new label Silverdust Records/Germany, some split 7”, 7” and split 10” released on various record labels in Europe and with countless tours and more festivals than you could think of in Scandinavia and Europe the band has with their Dirty, Raw, Loud, Full Power, Fast, Melodic, damned good drinking songs and a No Tomorrow attitude…… become a well known and respected band among the European rock crowd..

With their first two albums “We Are Just Welcome As Holy Water In Satan’s Drink” and “Bursting Out Of Chucky’s Town” …and the 3rd half studio, half live album “Original Scandinavian Superdudes”, Psychopunch already managed to amaze press and fans alike. You cannot draw away your attention from ear candies like “Down In Flames”, “Straightjacket Hell”, “Goin’ Crazy”, “Who’s Fucking Who” and ”Make Up Your Mind” etc. Raving reviews world wide were nothing but logical.

“The Pleasure Kill” (2002) became an early high in the band’s career, cementing the band’s status and preparing the scenario for things to come. Sleazy rockers like “Back In The Days”, “Inhale” or the unique “Apocalypso” have grown to become true classics 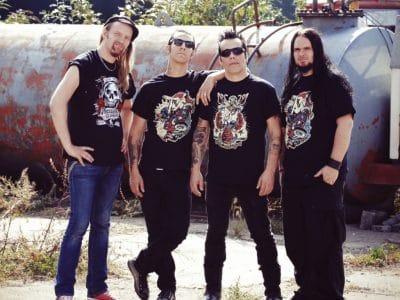 of the punk rock scene. After further touring and appearances at major festivals like Wacken (2003 and 2008), Summer Breeze (2003, 2004, 2006 and 2009) and WFF (2008), Psychopunch entered the legendary Sunlight Studios again to lay down their highly acclaimed fifth album “Smashed On Arrival”(2004) on Silverdust Records. With songs like “Dying In Your Dream”, ”All Over Now” and “Fingerlickin’ Good”, the band once again proved that they are here to stay.

With their album “Kamikaze Love Reducer”(2006), Psychopunch once again showed what this music is about, firing 10 shots of punk rock’n’roll straight into the brain – addiction is guaranteed, courtesy of those exceptional melodies and catchy choruses that are the band’s trademark. It seems to be unbelievably easy for Psychopunch to deliver hit after hit, quickly captivating the unsuspecting listener. Songs like “Overrated”, “Poison Alley Groove”, “On The Stereo”, “The Black River Song”, “When This World Is Dying” and “Everlasting” has become almost permanent songs in the live set!

The boys celebrated their 10th anniversary impressively by releasing their 7th album “Moonlight City“. The “Moonlight City” (2008) album once again combined Psychopunch‘s trademarks: riffs with class, attitude and melodies you can’t escape. The band developed consequently and ended up in a varied record full of diverse moods and emotions. In your face still, but the sophisticated way. The result surely deserves to be heard, with hit after hit pouring down on the listener.

On their eighth album na­med “Death By Misadventure“, the boys redefine themselves. No, they haven´t left the familiar terrain of snotty rock hymns. But they allow more to happen this time, they’ve grown and you can really hear it in the songs. 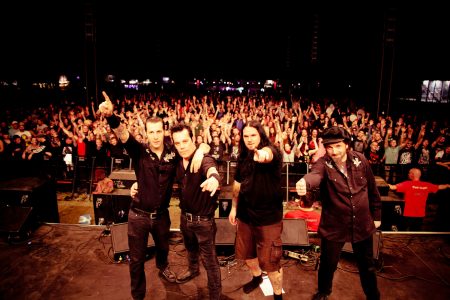 The forerunner records “Moonlight City” and “Kamikaze Love Reducer” already gave an idea of this development. Two line up changes certainly did conduce to this as well. Increased record sales and the crowd’s reaction at the live shows prove that the fans are willing to follow that road.

Eight long play albums, just as many 7-inches and two 10-inch EPs, is what they can look back upon and their first musical home, legendary White Jazz Records, they really helped to be successful.

Their fourth record for Silverdust Records is once again made with quality. Driving guitars and melodies keep munching their way into your brain, all being held together by JM’s unique voice which is a perfect frame. 18 songs of which each and every one has got what it takes to be a good rock song. All that comes along on a double CD which will be released with a limited first edition and as a double vinyl incl. a bonus track. Bandmate and regular producer Pelle Saether has once again done a brilliant job in the studio Underground in Vasteras, Sweden. The characteristic style of the cover artworks has been kept and created by the excellent Timo Wuerz.

Punk Rock, Punk’n’Roll, snotty rock, no matter what you want to call it, it remains Psychopunch. And “Death By Misadventure” once more show their paces and prove they never run out of good ideas. One less anxiety about the future!

This is Scandinavian rock at its best!”