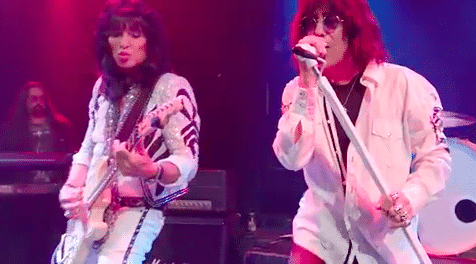 Guitarist Punky Meadows and singer Frank Dimino of Angel will be releasing a limited edition 12″ single on December 14, 2018, which will feature three songs — “Lost And Lonely,” “Never Again” and the unreleased Angel track “Tonight.” 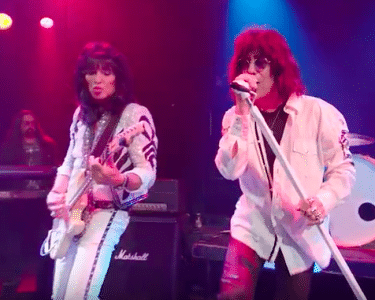 Punky Meadows and Frank DiMino are best known to millions of people as the guitarist and lead singer of 70s iconic rock group Angel. Known for their elaborate stage show and all-white costumes, Casablanca Records signed Angel to a multi-album deal upon the recommendation of Gene Simmons without even hearing the band play.

In 2018, after 35 years, the two are back out on the road supporting two very successful solo albums, Punky Meadows «Fallen Angel» (#6 on Billboard Heatseaker chart), Frank DiMino’s «Old Habits Die Hard» and playing a full Angel set to packed venues around the globe.

To commemorate this occasion, they will release a special limited edition (500 copies), a 12” Single Etched Picture Disc that includes «Lost and Lonely» from «Fallen Angel», «Never Again» from «Old Habits Die Hard», and exclusively for this release, the unreleased Angel track «Tonight».

The single is released by Deko Music, was remastered for vinyl by Alan Douches (Fleetwood Mac, Pete Townshend, Yes) and 200 copies will be autographed by both Punky Meadows and Frank DiMino.

Additional US/European dates to be announced for 2019.”

PUNKY MEADOWS – Lost and Lonely Written by Punky Meadows and Danny FarrowGet it on itunes- https://itunes.apple.com/us/album/lost-and-lonely-single/id1273422…