Former Angel guitarist Punky Meadows has announced five shows across the USA for March and April 2017.

One of the most striking hard rock bands of the 1970’s was undoubtedly Angel – who sported costumes and a highly theatrical stage show only rivaled by KISS (their then-label mates on Casablanca Records). Despite Angel splitting in 1981, the group’s popularity and influence remain high – resulting in the return last year of their larger-then-life guitarist, Punky Meadows, with his first-ever solo release, ‘Fallen Angel,’ and a striking video clip for the rocking track, “Straight Shooter”:

“I’m very proud of this song and album,” says Punky. “Every song kicks ass and is a winner. Danny Farrow and I have a great song writing chemistry so it’s hard to to pick a favorite song because they’re all good. ‘Straight Shooter’ was our first single and video. This band is killer with all talented players and a killer singer.” 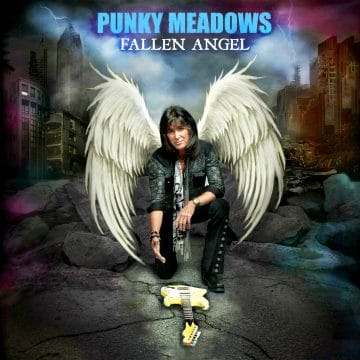 And in March and April, Punky will be performing in the US. From March 8th-10th, dates have been announced for Las Vegas, San Diego, and Los Angeles, followed by Poughkeepsie on April 21st and NYC on April 29th. Joining the guitarist on stage will be a band comprised of Chandler Mogel – lead vocals, Danny Farrow – rhythm guitar, vocals, Charlie Calv – keyboards, and Bob Pantella – drums, while it will be decided closer to the dates if bass will be supplied by Felix Robinson (due to recent surgery).

Angel was a headline act in the US, and was featured performing live in the 1980 cult classic film, ‘Foxes’ (starring a then-teenage Jodie Foster, Cherie Currie, and Scott Baio), they were also one of the biggest rock bands of the 1970’s in Japan. The group released six studio albums on Casablanca Records before disbanding in 1981, due to the demise of the label. During his career, Punky had been considered to join such well-known artists such as KISS, Aerosmith, and the New York Dolls.

Upon the band’s disbanding, Punky occupied himself with a number of successful business ventures while continuing to play guitar and write songs. Through social media, fans let him know they missed him and wanted to hear new music. With renewed passion for recording music, and inspiration from close friend and fellow musician, Danny Farrow Anniello, they crafted 15 new songs together for ‘Fallen Angel,’ which charted on Billboard at #6 on the Heatseekers Chart and #32 on the Independent Album Chart.

Also available is a special autographed edition of Punky Meadow‘s ‘Fallen Angel’ that includes a Punky Meadows guitar pick, and two bonus tracks (one featuring original Angel vocalist Frank Dimino), exclusively on the www.mainmanrecords.com website. Otherwise, the regular 15 song edition is available everywhere else, including iTunes, Amazon, and all other music outlets. 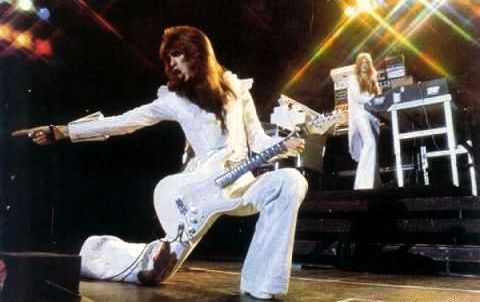 And soon, fans will get an opportunity to experience Punky and his band live on stage. “Can’t wait to get on the road and play for all the fans again. We’re coming to a town near you and we’re going to tear the place up!! It’s going to be one bad ass party, so don’t miss it and let’s rock!!