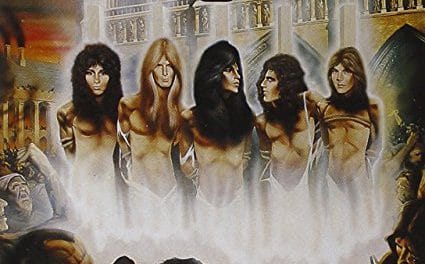 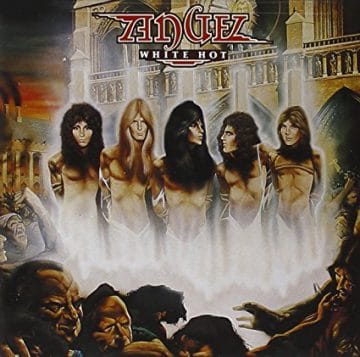 Back in the ’70s, Angel distinguished themselves from other bands amongst other things by wearing white satin outfits. The band ended up signing with Casablanca Records, which also had KISS on its roster during the 1970s.

Meadows was asked how come Angel never toured with KISS back in the day to which he replied (as transcribed by the 80’s Glam Metalcast podcast with slight edits):

“Gene [Simmons], Paul [Stanley], and Ace [Frehley] came to see us at Bogies in D.C. because KISS was in town on tour. They fell in love with us and thought we were great. So we were shopping around for a record deal and our manager suggested Casablanca. He mentioned how KISS was also on the label. We told him how KISS had come and seen us and they loved us. So our manager called [Casablanca Records founder] Neil Bogart to set up an audition. Neil thought it would be a good idea for Angel to open for KISS in Anaheim so he could see us in action. He said he would call us back to confirm. So Neil calls back and says that he will sign us sight unseen because Gene Simmons said “under no circumstances will Angel ever open for KISS”. All of us were good friends though on the Casablanca label. I love those guys, they’re great!”

You can listen to the interview with Punky Meadows by Metal Mike for the 80’s Glam Metalcast podcast below: