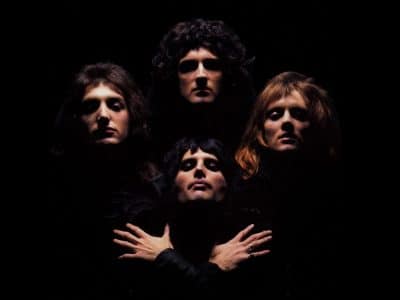 The legendary Queen featuring guitarist Brian May and now deceased singer Freddie Mercury have released a faster and heavier version of their classic song “We Will Rock You” that will be available on the forthcoming Queen On Air: The Complete BBC Sessions, which will be released on November 4, 2016.

The Sixx Sense posted the following in that regard today:

“One of Queen‘s most iconic songs, 1977’s “We Will Rock You,” didn’t translate perfectly to the stadiums that the band was performing in during their heyday. The minimalist masterpiece uses stomps and claps with Brian May‘s fuzzy guitar tone to support Freddie Mercury‘s powerful vocals. Unfortunately, the group was not happy how it sounded during a live show. Their solution was a faster, heavier, version of the track that is finally being released to the public in their Queen On Air: The Complete BBC Sessions.”

Queen‘s “We Will Rock You” (fast version) lyric video:

Queen – We Will Rock You (Fast) [Official Lyric Video]