Is there trouble in paradise? 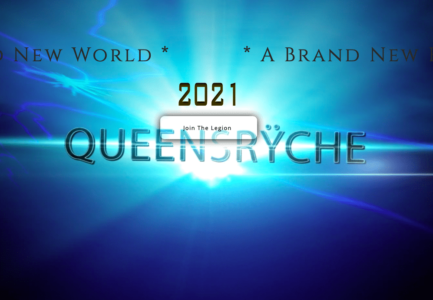 *Welcome to the New World *

The remaining Queensrÿche band members consisting of La Torre, guitarists Michael Wilton and Parker Lundgren, and bassist Eddie Jackson have fielded inquiries about Rockenfield‘s involvement with the band. There have been various responses in that regard including:

Queensrÿche‘s Facebook page on February 23, 2018: “… And for those asking again about Scott and whether he has quit the band – he has not quit the band. He told us he’s taking time off and we have no time frame on when he will return. We thought he would take few months off, obviously he doesn’t want to tour right now. There is nothing more we can say about it and we can’t be more honest about it than that.”

La Torre in an interview with Shred Shack on January 16, 2019 (as transcribed by Blabbermouth): “Yeah, I played the drums on this record. Our original drummer, Scott [Rockenfield], he had a baby back in 2017, and he took paternity leave, and he’s still kind of been on that leave of absence. So we just continued to keep writing and doing things as a full band, like we’ve always done. He just wasn’t available for this one. I think it all came together pretty seamlessly, actually, and we’re looking forward to the release of this record.”

Wilton in an interview with Daily Boom in or about April 2019: “We don’t know. He is on a different path right now and raising a child so we’ll wait and see. The door is always open. People change and they want to do different things so they need some time and their privacy. Casey Grillo has been on tour with us for the last two years and he actually played drums on two of the extra songs included on our bonus cd. We did acoustic versions of “I Dream in Infrared” and “Open Road” and he did all of the percussion on both those. He’s a great drummer, really well-rounded and he has a wide palette in his musical style. He’s filling big shoes and he’s doing a great job. The fans really love him and he is scheduled to be on the road with us again this year.”

Former Queensrÿche lead vocalist Geoff Tate has provided a somewhat different narrative of what has been happening with Rockenfield.

Tate in an interview with All That Shreds on June 19, 2019: “They can spin it how they want. It’s really too bad. I hope that he does well. Even after all the pain he inflicted on everybody around him, I still have high hopes that he recovers from his problems and comes back to the music. The music will save you, no matter how far off the deep end you go.  If you just rely on the music, it will bring you back. That’s my belief at least.”

Tate in an interview with Greg Schmitt for 88.1FM WESU‘s weekly syndicated radio show Noize In The Attic in or about July 2019 (as transcribed by Blabbermouth): “Well, I can tell you that I’m pretty sure he didn’t leave on his own accord… I can tell you that there’s lawsuits involved; I know that… He’s in kind of a really dark place, and I hope he gets some help, ’cause he’s really unraveled, you know? In my opinion. It’s too bad — he’s an incredibly talented drummer, and unfortunately, he never was happy with that. It wasn’t good enough for him.”

Back on January 12, 2021, Rockenfield posted a message on his Facebook page that indicated in part: “Contrary to any statements or interviews coming from other parties, I most definitely ‘did not’ and ‘have not’ quit, walked away, retired or abandoned Queensryche??!! ….unfortunately, you have not been given the facts by any means…”