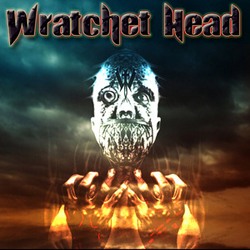 The long awaited new release from Michael Wilton of Queensryche “Wratchet Head”, is now tentatively scheduled for an October 2010 release date! The first single, “Coming for You,” will be featured on an upcoming commercial for Erik Buell Racing.

Without giving too much away, we can tell you that this new offering will in no way mirror any of Michael’s recent work. From its musical conceptions to its presentation, Wratchet Head will be an entirely new interpretation of exactly what you would hope and expect to hear from an artist whose roots run deep in the hard rock / heavy metal genres.

“There were no unwanted “hands in the mix” guiding or dictating the album’s direction, thus making the creative process wide open for Michael & the band” says RPR President Joe O’Brien. With renowned West Coast vocalist Rane Stone, heavy-handed drummer Adam Clark, guitarist Jesse Paul, bassist Steve Jackson, and a couple of TBA guest surprises, Wratchet Head will quickly establish itself as a force to be reckoned with.

For more info on this release please visit www.wratchethead.com