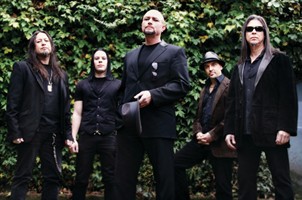 “Over the past few months, there have been growing creative differences within Queensryche. We want our fans to know that we hoped to find a common resolution, but in the end parting ways with Geoff was the best way for everyone to move forward in a positive direction,” drummer Scott Rockenfield said in a statement. “We wish him the best of luck with all of his future endeavors. We can’t wait to bring Queensryche to our fans with Todd behind the microphone.”

The statement also said that scheduled Queensryche performances “are on hold at [the] present time and revised routing is being worked on. Fans can check the band’s website for all of the latest tour information as it [becomes] available.”

Billboard requested a comment from Tate through Jeff Albright of the Albright Entertainment Group, but it wasn’t received by press time.

La Torre said in a statement a few weeks ago, and reiterated during an interview on Ron Keel’s “Streets of Rock & Roll” radio show that was posted online on June 14, that he still remains a member of Crimson Glory.

Queensryche was scheduled to perform June 11 to open for the Scorpions in West Valley City, Utah, but only Tate appeared, backed by his solo band. NRToday.com reported June 18 that Queensryche had canceled its Aug. 10 appearance at the Douglas County Fair in Oregon, with Eddie Money replacing the act. It stated that fairgrounds director Harold Phillips attributed the cancellation to a falling out between Tate and the band. Tate has continued playing dates on his solo tour, which coincided with Queensryche’s dates for its current tour.

Queensryche is a Grammy Award-nominated band that broke into the mainstream with the 1988 concept album “Operation: Mindcrime.” The group has sold more than 30 million albums worldwide, according to the statement. It’s biggest U.S. radio hit was 1991’s “Silent Lucidity,” which reached No. 9 on the Billboard Hot 100.