Queensrÿche have released a video for the song “Guardian” from their forthcoming new album Condition Hüman, which is scheduled to be released on October 2, 2015 via Century Media. This is the second album for the band featuring lead vocalist Todd La Torre.

Sleaze Roxx stated the following in its review about Queensrÿche‘s self-titled debut with La Torre at the helm: “The production work of James ‘Jimbo’ Barton is beyond perfect, in that it steers Queensrÿche from all the metal sub-genres that may have held them back in the past, and showcases this band in places like “A World Without” and “Spore” as doing their own thing. For that reason I will have to give this album five stars, for avoiding the ‘progressive’, ’80s metal’ or Fates Warning/Iron Maiden‘ style they could have relied on going in. Here the producer bypasses all of it and speeds the band into 2013, as J.J. Abrams recently did with Star Trek. Abrams did for that particular franchise what producer Barton and singer La Torre have done for Queensrÿche – listen to this album as a whole.” 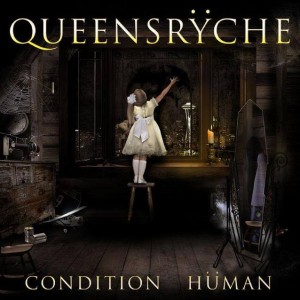