Great news for Queensrÿche fans as the group is planning on entering the studio in September 2017 to record their third record with Todd La Torre on lead vocals, and that album will apparently be followed by a live album. The new Queensrÿche studio 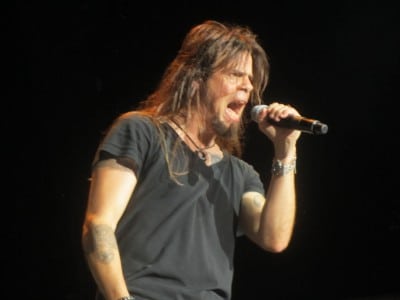 album will be produced by Chris “Zeuss” Harris for Century Media and recorded at Uberbeatz Studio in Washington.

Speaking to Canada’s The Metal Voice, La Torre stated as follows in regard to where the band is at in terms of a new album: “Right now we have around 15 songs not all of them are completed there are many that are. We just worked on arrangements. Right now we are in the tentative recording timeline is to get in the studio for September 2017, it was suppose to be March. As far as direction goes it’s still premature to answer that, we have a song that Eddie Jackson wrote and its a total Beatlesish, it’s a really cool song it’s not a heavy song. I would say the stuff that’s on there so far I think has more upbeat, more driving, faster tempo songs. I think Condition Human in hindsight lacks that, it could have used a couple more faster songs. Out of all of the ideas there is more odd time signatures, a little more progressive. In some aspects, there is definitely some Rage For Order reminiscent sounding songs. Once we get into full pre-production with Chris Harris then I will have a better answer for you.”

With respect to his own solo album, La Torre stated: “I have a life long friend names Craig Blackwell (did the mixing on the Metal Church Fake Healer duet), we played in bands together. I would says musically it is probably like Fight meets, meets Pantera, meets Black Label Society. It’s definitely got that southern power groove but has thrash elements. Then vocally I’m singing a lot more chest voice, I’ve got some brutal gutter vocals on it. The album will be done on Rat Pack records (Todd plays song) that’s has got gutter vocals but will open up with more high Halford like singing, gritty. The original plan was to have it put out this year but looks more like a middle next year. Brutal more thrash but the vocals more power metal operatic, very aggressive.”

You can hear a snippet of La Torre‘s solo work at 1:08 of the video below where the singer plays a rough demo of his upcoming solo material.