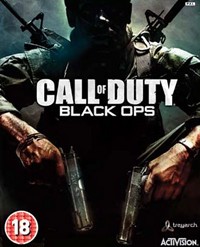 “Being involved with Activision and Treyarch Studios in the production of the Call of Duty: Black Ops soundtrack was an absolutely amazing experience,” states Rockenfield, who wrote and performed live drum tracks for the game. “From the graphics to the soundtrack to the overall playing experience, this game is beyond description… it’s no wonder people can’t wait to get their hands on it.”

It’s estimated that fans of the Call of Duty franchise are engaged in billions of hours of online game play.