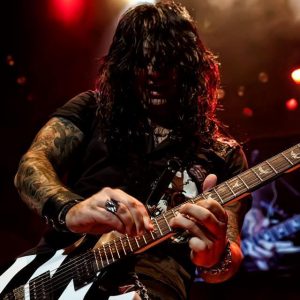 Quiet Riot have had to cancel two shows due to guitarist Alex Grossi reportedly being hospitalized for an undisclosed ailment at a hospital in Las Vegas, Nevada, USA.

The band first canceled a performance at the fifth annual Rock And Rumble in Kitchener, Ontario, Canada that was supposed to take place on Friday, July 22, 2016. Luckily, Helix were also on the bill so became the headliner to more than salvage that evening,

The Quiet Riot show scheduled for Saturday at Magic City Music Hall has been canceled.

A statement from the venue said that a member of the metal band was hospitalized on Thursday.

“We are working with management to potentially reschedule the date,” the statement said.”In the meantime, Quiet Riot tickets may be redeemed for a credit toward any other announced concert at Magic City — including Ace Frehley’s show on Sept. 24th — or for a refund.”