Following the announcement that American Idol finalist James Durbin will be replacing singer Seann Nicols in the band, Quiet Riot have now announced that they will delay the release of their new studio album Road Rage so that Durbin can lay down his vocals on the album instead of Nicols. 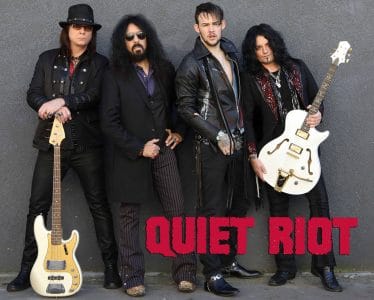 “Following the departure of singer Seann Nicols from Quiet Riot, both Frontiers Music Srl and band leader Frankie Banali have made the joint decision to delay the release of the new Quiet Riot record “Road Rage” until later this summer.

Both the band and label feel that in order to truly represent Quiet Riot‘s lineup, new lead singer James Durbin should be the vocalist on “Road Rage.” In order to execute that plan and promote the album accordingly, and with the full support of the label, the band will go back into the studio and record the album with Durbin on vocals to ensure that they deliver the album that Quiet Riot fans have been patiently waiting for and truly deserve.

Regarding the critically important decision to re-record with new Quiet Riot vocalist James Durbin, Banali said, “After careful consideration, with the support of Frontiers and understanding the appeals from Quiet Riot fans to have our vocalist James Durbin represented on the new Quiet Riot release, we have made the decision to move forward and have James replace all the vocals on “Road Rage” with new lyrics and melodies for a summer 2017 release. Stay tuned!” 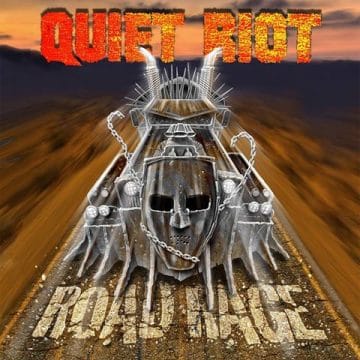 While the new Quiet Riot album will be slightly delayed as a result of the re-recording process, the Quiet Riot faithful can rest assured that the resulting album will be well worth the brief wait.

Famously known as the first heavy metal band to top the pop charts, the Los Angeles quartet became a global sensation thanks to their monstrous smash hit 1983 album, “Metal Health.” The band now continues their historic journey in 2017 with founding member of the 1983 Metal Health era of Quiet Riot drummer Frankie Banali, veteran bassist Chuck Wright (who has been in and out of Quiet Riot since 1982) and guitarist Alex Grossi (who has been handling his duties since 2004).

Frankie Banali‘s history with Quiet Riot spans over 34 years and he has the distinction of being the only member of Quiet Riot to have recorded on every single Quiet Riot release from 1983’s Metal Health through 2017’s “Road Rage“. After nearly ten years since the loss of his friend and co-founding member and bandmate Kevin DuBrow, and with careful consideration, soul searching and with the blessings and support of Kevin DuBrow‘s family, Frankie has moved forward with the band.”