R.I.P. Bigfoot — Band members pull the plug but will do farewell tour

Sad news as another young band has called it quits. UK rockers Bigfoot consisting of new lead vocalist Sean Seabrook, guitarists Sam Millar and Mick McCullagh, bassist Matt Avery and drummer Tom Aspinall have decided to pull the plug on the band. Judging from the Facebook post below, it appears that perhaps Seabrook was not part of or for the decision. Back in May 2018, Bigfoot parted ways with long-time lead vocalist Antony ‘Ant’ Ellis. with whom they had released two EPs titled, the self-titled debut (2015) and Stone Soldiers (2016), on their own before releasing a self-titled full-length album (2017) via Frontiers Music Srl. 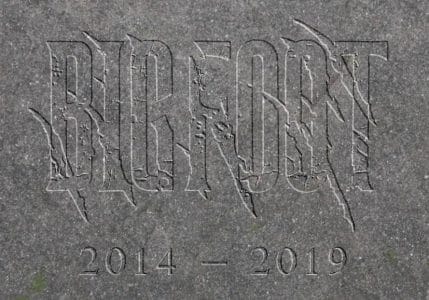 The following message was posted on Bigfoot‘s Facebook page about two hours ago:

“It is with great sadness that we are writing this. But after multiple meetings and discussions we have mutually agreed to part ways with Bigfoot after we have seen out our upcoming tour dates and commitments. No one is giving up music, so keep an eye out and I’m sure everyone will be bringing new music to you in the future.

We haven’t fallen out and are still good friends but we all feel this is the right decision at this time. The band has been our life for the past 5 years and we have worked so hard to get to where we are after starting from the bottom. Pulling the plug has probably been the hardest decision any of us have had to make and we hope that people respect how difficult the decision was and that we have considered all factors.

We would like to thank every single person that has supported us over the years through our ups and downs. Without the support of our amazing fan base, friends and family we couldn’t have achieved what we have and we will forever be grateful for that. We have made some incredible friends that we won’t forget, played with some incredible bands, been to some amazing places in the world and have some of the best memories from it all. 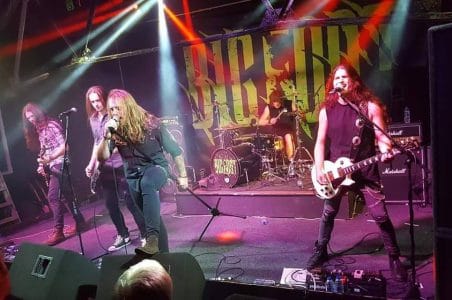 We would also like to thank Sean Seabrook for joining us on lead vocals during such a difficult time for the band which allowed us to follow through with most of our commitments without letting down all the fans, promoters and venues that had invested in the band.

We will be seeing out all the tour dates that have already been announced and will be planning a final farewell tour. We won’t be compromising; you’ll still get 100% from us at all shows!

We hope to see you all out at our final shows to celebrate what’s been one hell of an adventure for us all. We’ll keep you updated about all future activity so stay in touch and don’t forget about us!

Subscribe To Be Alerted When We Add New Videos – http://radi.al/SubscribeFrontiers / From the album BIGFOOT. Get your copy NOW: http://radi.al/Bigfoot Follow…