BraveWords reported earlier today that Brighton Rock‘s long-time lead vocalist Gerry McGhee passed away from cancer last night (on August 25, 2020). McGhee was only 58 years old. Based on a post from Phil Kohl for his Enbridge Ride to 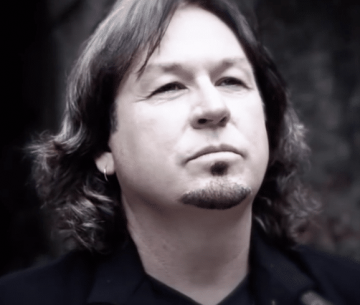 Conquer Cancer campaign in 2019, it appears that McGhee was diagnosed with cancer sometime in late 2018 to early 2019.

Wikipedia states the following about McGhee (with slight edits): “Gerald Damian “Gerry” McGhee (15 August 1962 – 25 August 2020) was a Scottish singer who best known for being the lead vocalist for the Canadian glam metal band Brighton Rock.

Brighton Rock released four albums throughout their career, their most successful album being Take A Deep Breath. That album was released in 1988. It charted at number 22 in Canada and was certified Gold by the CRIA. The album also spawned the hit single “One More Try”. They broke up in 1991, reuniting in 2002.

Brighton Rock‘s “We Came To Rock” video (from Young, Wild And Free album):