Sleaze Roxx has some very sad news to report as Cinderella guitarist Jeff LaBar has passed away at the age of 58 yesterday (on Wednesday, July 14, 2021). 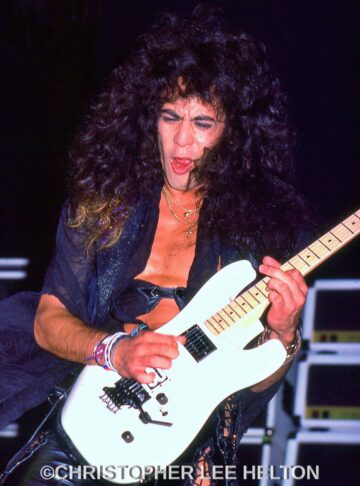 TMZ reported in part as follows:

We’re told Jeff had gone off the grid the past few days, with friends and family unable to reach him, so his ex-wife went to go check on him … and that’s when she found him dead.

The cause of death remains unclear.”

“So i just got the call… Jeff LaBar, my father, my hero, my idol, passed away today. I’m currently at a loss for words. I love you pop! ♥ if you could, please share pictures or video of all the fun times we all had with my dad. it would be greatly appreciated.”

LaBar played on Cinderella‘s four studio albums — Night Songs (1986), Long Cold Winter (1988), Heartbreak Station (1990) and Still Climbing (1994) — and he released one solo album One For The Road (2014). He also produced Mach22‘s debut album Sweet Talk Intervention (2013). In 2016, the guitarist announced that he had enrolled in a two-year culinary arts program at the Art Institute of Tennessee to become a chef.

Jeff LaBar‘s “No Strings” video (from One For The Road album):

Mach22 performing Cinderella‘s “Somebody Save Me” with Jeff LaBar in 2012: