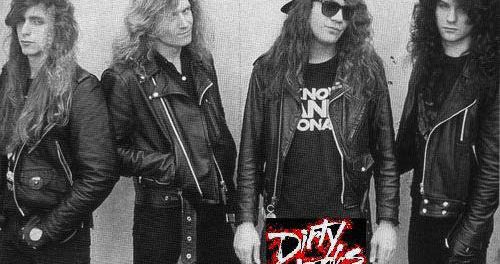 It may seem strange to state rest in peace to Dirty Looks more than five years since the band’s leader Henrik Ostergaard passed away on January 27, 2011. However, that is exactly what is taking place since a group spearheaded by singer Todd Cage had apparently obtained the rights to the Dirty Looks name but was attempting to reform without having any original band members.

The Cage led group has apparently now decided not to pursue Dirty Looks anymore due to the negative public backlash. The following message was posted earlier yesterday on Dirty Looks‘ Facebook page:

“All efforts to form a new version of Dirty Looks has been dropped. We appreciate everybody’s support in the beginning but unfortunately the negativity surrounding the issue is just too much to move forward. Once again thank you to everyone who has supported the effort. We had a contract emailed us today for us to play at 80s at the park in August opening up for Stryper, Danger Danger and Pretty Boy Floyd that we decided to turn down. Once again thank you to everyone for the support, even the haters who only support the original lineup that has not been together in over 25 years. That group of people should be ashamed of themselves.” 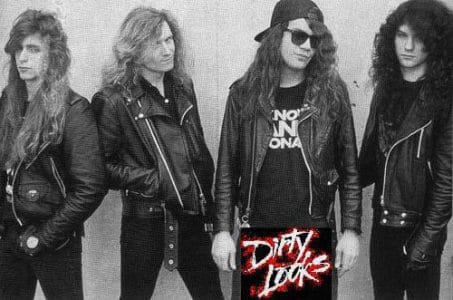 Sleaze Roxx was initially approached in February 2016 to promote the “new” Dirty Looks line-up back but declined to do so at that time on the basis that reforming Dirty Looks without any former Dirty Looks members equated to essentially doing a Dirty Looks tribute band. Sleaze Roxx advised at the time that unfortunately, it did not really cover tribute bands.

Sleaze Roxx was approached again starting on May 18, 2016 to promote the “new” Dirty Looks band. Eventually, Sleaze Roxx posted an article on May 21, 2016 stating “Dirty Looks reform with no original band members.” Sleaze Roxx readers were asked what they thought of the idea on Sleaze Roxx’s Facebook page. The public response to the article was for the most part overwhelmingly negative with comments posted at the bottom of the Sleaze Roxx website’s article including :

•  I am sorry . This makes me sick to my stomach ! Henrik was one of the best , and he will always be Dirty Looks. Guys please do not ruin a mans legacy . Please use another name for your band…. You will never replace or even come close to living up to the original founder…

•  This is four guys I’ve never heard of who own the trademark and logo. This is not Dirty Looks. Call the band a Tribute to Dirty Looks if you want the respect and support of the fans.

•  My favorite band ever but seriously this is just disrespectful calling yourselves dirty looks without ANY members of the band! Do the right thing and call yourselves a tribute! Now that i could get behind

•  WTF!! I was friends with the band before they were even signed to a lable & I am still friends with some of them today. An those who really know Henrik , knows this would not be cool with him. I get it you like Dirty Look, who didn’t but this is NOT the way to do it! I would never go see you play! Now here is something you might not know, their were a group of girls known as the Looks Dirty girls. Now using that name would be fine or a song title as a tribute to Dirty Looks is a big NO! You better think long an hard about this!

•  Completely disrespectful and from the uproar on Facebook, Henrik‘s hometown is not happy. And the singing in that video is ridiculously out of key…..

•  So it’s a Dirty Looks tribute band…. LOL. Start your own band with your own music, guys. You are going to look like idiots doing this.

•  This has to be the lamest idea ever. Former members are not for this (none that matter anyway), unless Henrik‘s kids are involved and as far as I know, they’re not. Someone hurry and order four spiffy pairs of clown shoes.