Sad news to report as former Bad Company and Ted Nugent lead vocalist Brian Howe passed away yesterday (on May 6, 2020) due to a heart attack. Howe passing away was first publicly reported by Metal Sludge.

TMZ reported in part earlier today: “Howe passed away Wednesday at his home in Florida. One of his relatives told TMZ … Howe died from cardiac arrest … possibly on his way to the hospital. He had heart issues … the singer had a heart attack in 2017.”

Wikipedia summarizes Howe‘s musical career as follows: “Brian Anthony Howe (born July 22, 1953 – died May 06, 2020) was an English rock singer and songwriter, best known for replacing Paul Rodgers as the lead vocalist of Bad Company. Howe‘s career was jump-started in 1983 when Ted Nugent recruited him to handle lead vocals for his Penetrator album and front its subsequent world tour.” 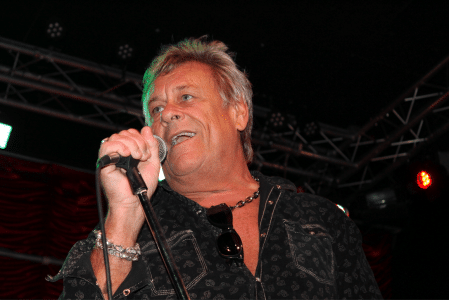 In terms of Howe‘s time in Bad Company, Wikipedia indicates (with slight edits):

“In 1986, Mick Ralphs and Simon Kirke decided to reteam for a new project. Their label, Atlantic Records, however, insisted they resume the Bad Company name, but Paul Rodgers was already engaged with a new supergroup called The Firm. With Rodgers gone, the remaining two members partnered with ex-Ted Nugent vocalist Brian Howe as the new lead singer. In addition, they hired Steve Price as the new bass player and Greg Dechert (ex-Uriah Heep) on keyboards. Howe‘s vocal style brought more of a pop-rock sound to the band, which Atlantic Records, looking to bring the band back up to arena status, was looking for after declining turnouts to previous live performances and the dismal sales of Rough Diamonds. The band hired Foreigner producer Keith Olsen to produce the new line-up’s initial album, 1986’s Fame And Fortune. Reflecting the musical style of the mid-80s, the album was laden with keyboards, unlike previous Bad Company albums, and was modestly commercially successful. The single “This Love” managed to reach No. 85 on the Singles charts, but was not the success the band hoped for, but things were about to change.

In 1987, Dechert was dropped from the line-up as the group decided not to play up the keyboards in their sound as much. They toured that year supporting Deep Purple.

For the next Howe-era album, 1988’s Dangerous Age, the band replaced Olsen with producer Terry Thomas, who got rid of most of the keyboards and returned the band to a guitar-driven sound. Thomas also added small amounts of keyboards as well as rhythm guitars and backing vocals and wrote most of the songs with the band. Dangerous Age fared better than its predecessor, spawning several MTV videos and the AOR hits “No Smoke Without A Fire” (#4), “One Night” (#9) and “Shake It Up” (#9, also 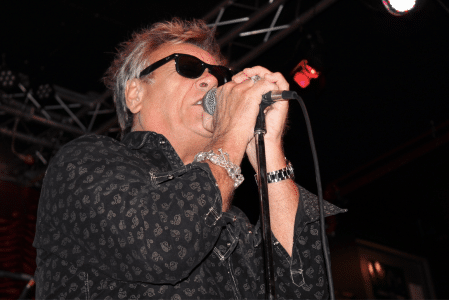 No. 89 on the Singles charts). The album went Gold and hit the Top 60. For the Dangerous Age tour, the band were augmented by Larry Oakes (keyboards, guitar), who had also played with Foreigner. Price and Oakes left at the conclusion of the tour.

The band’s next album, Holy Water written mostly by Brian Howe and Terry Thomas released in June 1990 on Atco, also produced by Thomas, was enormously successful both critically and commercially, attaining Top 40 and Platinum status by selling more than one million copies. Holy Water was the band’s first album on the Atlantic subsidiary Atco Records. The album spun off the singles: “If You Needed Somebody” (#16), the title track “Holy Water” (#89) and “Walk Through Fire” (#28). “Holy Water” also hit No. 1 for 2 weeks on the AOR charts with “If You Needed Somebody” reaching No. 2. The album received significant radio airplay (five songs made the AOR charts in all) and spawned several video hits. Felix Krish played bass on the CD while Paul Cullen was recruited for live shows. Mick Ralphs, who was taking care of personal and family matters, sat out for most of the Holy Water tour, although he did perform on the album. Ralphs was replaced on the road and in the videos by ex-Crawler guitarist Geoffrey Whitehorn. Ralphs returned later on during the tour and Whitehorn joined Procol Harum where he still plays to this day. Also joining at this time was ex-ASAP guitarist Dave “Bucket” Colwell as second guitarist. Heralded as one of the top 5 grossing tours of 1991, and supported by Damn Yankees, that year was one in which saw many other rock acts facing a downturn in concert attendance brought on by rising ticket prices and economic recession.

It was widely rumoured all summer that Howe and other members of the band, which he helped revive three years earlier, had been bickering over financial matters. Howe was rumoured to be leaving the band and ex-Kansas singer Steve Walsh was to take over for the remainder of the tour. Atlantic Records did not agree given the success of Holy Water and Howe‘s extraordinary vocal ability and he was asked to stay on.

The final studio album of the Howe era, 1992’s Here Comes Trouble, featured the Top 40 hit “How About That” (#38) and “This Could Be The One” (#87). The album went Gold. Before touring in support of Here Comes Trouble, the band added ex-Foreigner, Roxy Music and Small Faces bassist Rick Wills and Colwell, a protégé of Ralphs, was now a full-time member. The band recorded a live album, What You Hear Is What You Get: The Best of Bad Company on the Here Comes Trouble tour. The critically acclaimed album released in November 1993, featured live versions of hits from both the Rodgers and Howe eras of the band.

Howe left the band in 1994. Regarding his departure from the band, Howe stated: “Leaving Bad Company was not a difficult decision. It had got to the point where nobody was contributing anything to songwriting and quite frankly, the band was getting very very sloppy live. I quite simply, along with Terry Thomas, got tired of doing all the work and then getting nothing but resentment for it from Mick and Simon.””