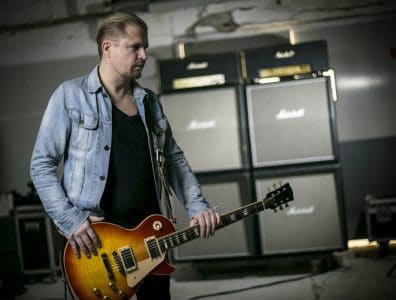 We are devastated by the news of Mikael‘s passing.

We have lost a colleague, a friend, a brother and a great musician. Thousands of kilometers, hundreds of gigs done together.

Our thoughts go out to Elinor, Love and Ville and the rest of his family.

Fässberg‘s “Biography” on his Facebook page states (with slight edits):

“After announcing his sudden and unexpected departure from Bonafide, the Swedish fourpiece responsible for footstompers such as ”Fill your head with Rock”, ”Hard Livin´Man” and ”Dirt Bound” among others, in October last year [2013], one might have thought he would have had it with with the music biz, but in fact nothing could be further from the truth.

– ”What I really wanted was to finally be able to be the master of my own destiny. Musically and Personally. Bonafide developed into a fantastic live band, and I had a very good time doing that thing. but I really felt it was time to move on. All the best to them, but I could not follow where they were going”. 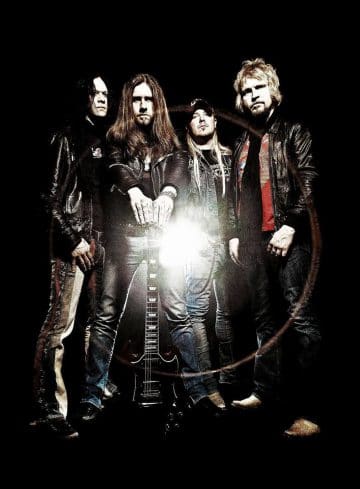 Soon after his departure from Bonafide, Mikael gathered friends and colleagues from UFO, Status Quo, Candlemass and Weapon among others, to record The Sweet‘s 1974 single ”Turn it Down” for a Swedish cancer charity, and managed to get not only The Sweet‘s Andy Scotts sign of approval, but also his participation in the recordings. The project goes under the name Louder Life League and the song is available digitally on Itunes. Mikael also guested on two of The Sweet‘s summer shows in Sweden this year. There’s also been a few appearances with old employer Paul Di’Anno, with whom Mikael cut his teeth as a touring guitarist for a few years before hooking up with Pontus Snibb to form Bonafide.

– ”SWEET was my first proper experience in rock ‘n’ roll. My first single, my first album first show I ever saw. To be able to make that project happen was a dream come true. I’m extremely proud of that achievement. And it was all for a good cause. No ego. No bullshit. Everyone was very focused on the outcome, and I managed to get all that talent to pull in my direction. Playing with DiAnno again after all those years was fun. I’m eternally grateful to him for giving me the break he once did.”

A solo album deal was signed in February this year, and Mikael immediately started talking to friends about hooking up to record something very special. Mikael sometimes refer to himself as a ”lazy” writer, but all of a sudden inspiration kicked in. Fueled by the success of the ”Louder Life League” project, Mikael started writing, and soon had songs enough for an album.

A two track digital single called ”Parade / What’s Your Name” , the first taste of the album, dubbed ”Amusement Park Outlaw”, will be released early November digitally, soon to be followed by a video.

“Parade”, written solely by Mikael, is a song dealing with the ups and downs of the rock and roll lifestyle.

The album will follow in December, when Mikael will make his solo debut in the UK, sharing stage with Mott the Hoople / Bad Co guitarist Mick Ralphs and Nashville guitar god Warner E Hodges of Jason & The Scorchers.

– ”I feel the work on the album is going in the direction I want it to. It might turn out a bit eclectic, but that’s me! I work with some very talented friends of mine, and we all write and arrange together. It will Rock!””

Bonafide‘s “Too Fired Up” video:

Bonafide – Too Fired Up (official video)