Sad news as the official Facebook page for guitarist Bernie Tormé has posted the following succinct message about an hour ago: 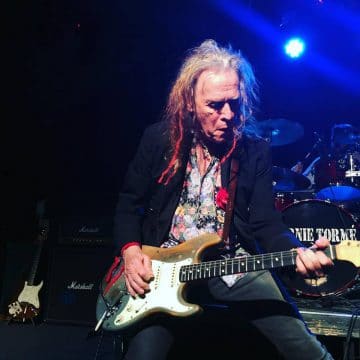 Back on February 13, 2019, the following message was posted on Tormé‘s Facebook page:

“Bernie Tormé is extremely ill in intensive care with virulent double pneumonia. We ask for your prayers.”

Wikipedia states the following in part about Tormé:

Inspired by the likes of Jimi Hendrix, Jeff Beck, Rory Gallagher, and Gary Moore, Tormé formed his first band at a young age. His first paid performance came when Don Harris, a 14-year-old drummer he played alongside when he was 17, secured a gig at the local Girl Guides‘ dance in Kilmainham in Dublin. Tormé then played in Dublin band The Urge in the early 1970s before relocating to London in 1974, where he initially played with heavy rockers Scrapyard, whose bass player, John McCoy would later be re-united with Tormé in Gillan. Inspired by England’s burgeoning mid-1970s punk rock scene, Tormé formed the Bernie Tormé Band in 1976. With this group, Tormé toured with successful groups of that period such as The Boomtown Rats and Billy Idol‘s Generation X, among many others. Tormé later revealed that his band secured the supporting slot with the Boomtown Rats by agreeing to go around London putting up posters advertising the tour.

In 1977, the band were asked to contribute two tracks to the Live At The Vortex album, “Streetfighter” and “Living for Kicks”. This led to them being signed to the Jet Records label, who “…paid us forty quid a week each for the next 18 months… Apart from that they just sat on us pretty much, they were more into ELO.”

Frustrated by a lack of commercial success, Tormé accepted the invitation of former Deep Purple vocalist Ian Gillan in 1979 to join his band Gillan. Over the next four years, Gillan enjoyed three Top Ten UK albums (Mr. Universe, Glory Road, and Future Shock), in addition to extensive worldwide tours of Europe, Japan, and the United States. 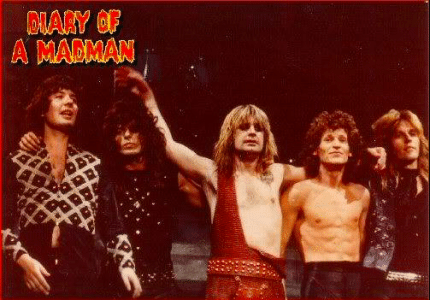 In 1981, Tormé left Gillan, citing frustration over a lack of money despite the success the band was seeing. He was replaced by guitarist Janick Gers. He played as a live session man for Atomic Rooster and was hired in March 1982 by Jet Records to replace the recently deceased Randy Rhoads in Ozzy Osbourne‘s band. Tormé flew from England to Los Angeles with the promise that the job was his, even being paid an advance by Jet before leaving England. Though Osbourne had already settled on Robert Sarzo to replace Rhoads, he was forced to abide by the record company’s decision and Tormé began rehearsing with the band. After only a handful of shows, it became apparent that Tormé‘s bluesy style was not a good match for Osbourne‘s brand of heavy metal, and he elected to return to England to continue work on a solo album. He was quickly replaced by Brad Gillis and the tour continued.

Since 1982, Tormé has led his own band under various names and lineups (including a version of Torme with singer Phil Lewis, formerly of Girl and later with LA Guns).

Tormé spent several years with the band Desperado with former Twisted Sister singer Dee Snider. Although the record saw limited release, Snider re-used a number of the songs for a subsequent project, Widowmaker (not to be confused with the 1970s English band of the same name). 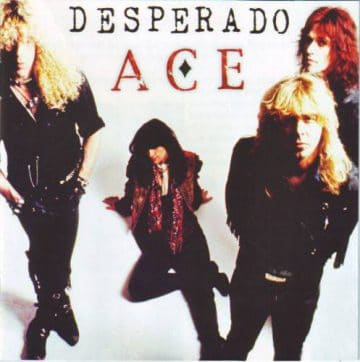 Tormé also played guitar on René Berg‘s solo album, The Leather, The Loneliness And Your Dark Eyes, released in 1992.

In addition to the continued release of new Tormé recordings and re-issuance of his back catalogue titles, Tormé also became involved with the ‘Silver‘ project, which also included former Michael Schenker Group vocalist Gary Barden.

In 2006, Tormé announced the formation of Guy McCoy Tormé (aka “G.M.T“), with former Gillan bassist John McCoy and drummer Robin Guy. In 2007, Tormé contributed lead guitar and sitar parts to “Smile In Denial”, track #4 of Yoni, a solo album from Wildhearts frontman Ginger.

Bernie is about to release his latest album ‘Shadowland‘, featuring drummer Mik Gaffney (The Last Resort) and Sy Morton on bass. The album is due out in November after which the trio will head out on Bernie‘s ‘Final Fling‘ tour starting on November 22nd.

Tormé also runs his own record label, Retrowrek Records, and recording studios, Barnroom Studios in Kent, where he lives with his family.”

The Gillan Band performing the song “No Easy Way” live at Oxford Polytechnic in Oxford, UK in 1981: