Wikipedia states the following about Clarke‘s time in Motörhead and Fastway, and later year (with slight edits):

Clarke was working on re-fitting a houseboat, when he met drummer Phil Taylor. Taylor had recently joined Motörhead 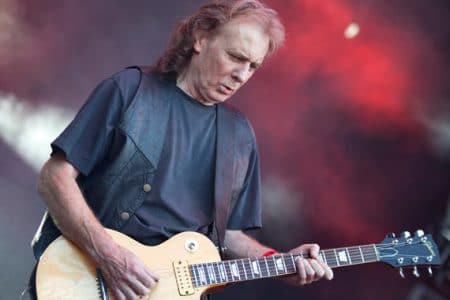 and introduced Clarke to Lemmy; it was not long before he was playing with them. In the early days, Eddie rehearsed with Motörhead at Snobs Rehearsal Studios, part of a converted brewery on the corner of Kings Road and Lots Road, Chelsea, known as the “Furniture Cave” before going on the road. Motörhead became more popular and produced more and more UK chart successes. The threesome (Lemmy, Clarke, Taylor) are considered the classic Motörhead line-up and have the Motörhead, Overkill, Ace of Spades, Bomber, No Sleep ’til Hammersmith and Iron Fist albums plus a string of hit singles to their credit. He performed a lead vocal on five Motörhead songs: “Beer Drinkers and Hell Raisers” (on which he traded vocals with Lemmy), “I’m Your Witchdoctor” (on which he duets vocals with Lemmy), “Step Down” and an alternative version of “Stone Dead Forever” (which later appeared on the Bomber Deluxe Edition), and “Emergency” one of the B-side tracks on The St. Valentine’s Day Massacre EP, upon which they performed “Please Don’t Touch”, with Girlschool, under the combined band names of HeadGirl.

Clarke left Motörhead in 1982, whilst on tour of the United States. Becoming unhappy at the results of the Iron Fist album, the recording sessions with the Plasmatics were the final straw. For the B-side of the Stand By Your Man EP, the bands took turns in covering each other’s songs, Clarke felt that this compromised the band’s principles and resigned, Clarke was replaced by former Thin Lizzy and Wild Horses lead guitarist Brian Robertson after Anvil frontman Steve “Lips” Kudlow turned down the offer to play with Motörhead. Clarke‘s last gig with Motörhead took place at the New York Palladium on 14 May 1982. Another cameo from Clarke on a later Motörhead album was on 2000s Live at Brixton Academy, released in 2003, on which the band featured many guest appearances from other guitarists, of which he was one, playing on the songs “No Class”, “The Chase Is Better Than the Catch” and “Overkill”.

Hearing that UFO bassist Pete Way was keen to leave that band, the two met and decided their new band’s name would be an amalgamation of their own two names, resulting in Fastway. They advertised in the music press for a drummer and a vocalist. Meanwhile, a rehearsal was organised for which The Clash drummer, Topper Headon, filled in on drums. Headon was 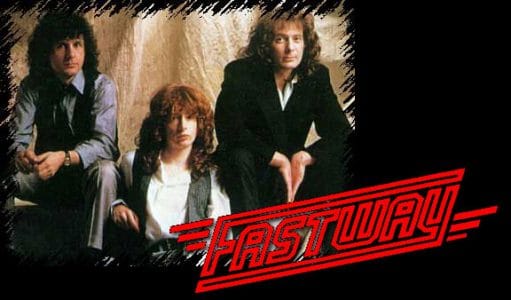 doing this as a favour so that Clarke and Way could rehearse. The ads began showing positive results, cassettes from potential band members arrived; one of these was from a young, Dublin-based singer by the name of Dave King. Clarke was impressed with his voice and financed a trip to London for King and, after an audition together, he became the Fastway vocalist. Ex-Humble Pie member, Jerry Shirley, became the drummer.

The band sent out demo tapes and were approached by CBS Records for a recording deal. Way announced his departure just as they were about to sign the deal, but CBS had faith in Fastway and decided to sign them despite this setback.

Touring had been strenuous for the band and, upon returning to Britain, they decided to split. Clarke stayed in London and soon received a call from King about giving Fastway another go. Clarke agreed and moved to Ireland. With another album for CBS in view, they rehearsed with three of King‘s friends, guitarist and keyboard player Shane Carroll, drummer Alan Connor and Paul Reid on bass. The record label was happy with the sound and had them record at London’s Abbey Road Studios, releasing Waiting for the Roar in 1986.

Clarke toured America with Fastway, supporting AC/DC, followed by a lengthy European tour, which produced 1992’s Say What You Will – Live album. Fastway were also engaged to provide music for the Trick Or Treat film soundtrack, for which they composed the title track and performed “Heft” and “If You Could See” from their albums.

After the band split up again, Clarke moved back to London and met up with Lea Hart, a solo artist in the Far East. Clarke‘s record deals had now expired, so the pair took a demo tape to Douglas Smith (Clarke‘s former Motörhead manager) at GWR Records, who willingly signed a deal. Still using the name Fastway, they recorded the On Target album. It featured Don Airey and Paul Airey on keyboards, Neil Murray on bass, plus Bram Tchaikovsky of The Motors and Christine Byford as backing vocalists. 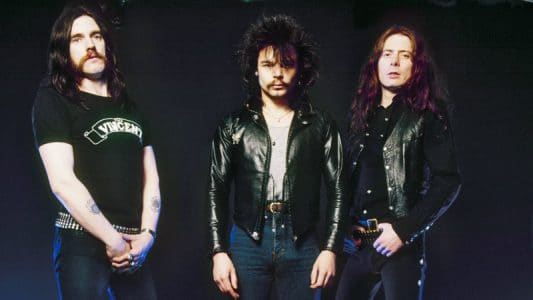 Clarke‘s group now consisted of riff raff on drums, keyboards and bass, plus assorted friends helping out; Biff Byford and Nigel Glockler of Saxon, Don Airey, and Kim McAuliffe and Cris Bonacci of Girlschool. Following the production of two albums, Clarke and Hart split up.

However, the excesses he had indulged in with Motörhead had taken their toll, and led to Clarke being admitted to hospital, spending time afterwards in recuperation. Having recovered, Clarke released a solo album, It Ain’t Over Till It’s Over, which blends Motörhead and Fastway styles. Lemmy also helped out on the album by writing and singing the track “Laugh at the Devil”.

The double CD release, Fast Eddie Clarke Anthology, on Sanctuary Records showcased a collection of Clarke‘s music spanning his career before and after Motörhead. It also marked a return to live performances with a re-formed Fastway, including an appearance at the UK’s Download Festival in summer 2007.

In 2014, Clarke went back to his blues roots and released a new studio album through Secret Records. ‘Make My Day – Back To Blues‘ is a collaboration between Clarke and the keyboardist from Shakatak, Bill Sharpe.

Clarke reunited with Lemmy on November 6, 2014 at National Indoor Arena in Birmingham to play Motörhead classic “Ace of Spades”.

Clarke died on 10 January 2018; he was in hospital, where he was being treated for pneumonia.”