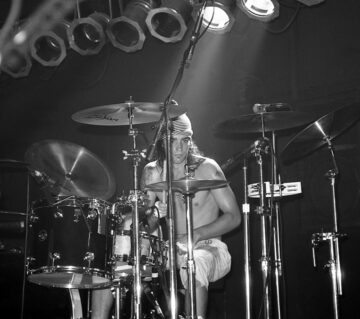 Very sad news today as Faster Pussycat have announced that their former drummer Brett Bradshaw has passed away. Bradshaw played in Faster Pussycat from 1990 to 1993 and handled the drums on the album Whipped! (1992). Bradshaw was also part of guitarist Brent Muscat‘s version of Faster Pussycat from December 2006 to July 2007 that also included Eric Stacy (on bass), Todd Kerns (on guitar) and Kurt Frohlich (on lead vocals). According to his mother Diana, Bradshaw passed away yesterday (on March 26, 2021).

Other messages that have been posted on Facebook today include:

Diana Bradshaw –“My son, Brett Bradshaw died yesterday and I need to ask that you pray for me to survive this.”

Eric Stacy — “Last week we lost our extended Faster brother and friend Jeff Crabtree, and that was very hard,,,now to hear this today,,,it’s shocking and so very sad….