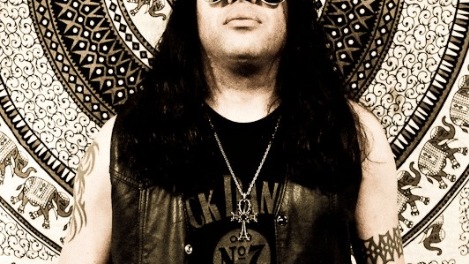 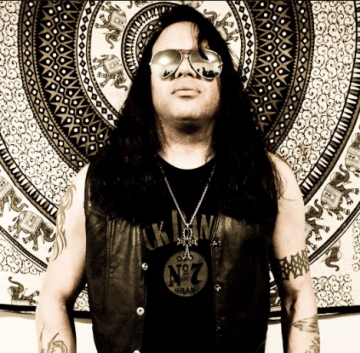 Roxx at this time. Mach22 released their debut full-length album Sweet Talk Intervention in May 2014.

Mach22 [via Lamont Caldwell]: “It is a sad day that I say goodbye to a true MACH22 original. Our former bassist Frank Day has passed and gone on to the next life. His contributions to the band while a member were valued and from the heart! He was very passionate and loved rock and music in general! You will be missed my friend, thank you for your friendship while you were on this planet! RIP!”

Jaron Gulino: “I still remember the day Frank called me to replace him in MACH22. He was an incredible player and humble guy. He always supported and encouraged me to be a better player. Thank you for giving me my place in rock many years ago. RIP!” 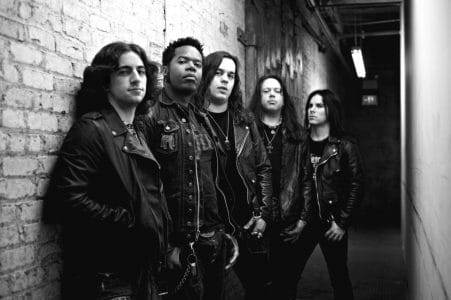 Speaking exclusively to Sleaze Roxx, Caldwell and drummer Damian Montecarlo provided their thoughts on their former bandmate Day. Caldwell advised: “Around 2009, Frank joined the band and at the time we were building up steam locally and he was the right cat at the time. We are all still in shock of his passing because he was healthy and taking care of himself. He was a great part of the process then and helped to shape the band as we know it today especially with calling Jaron Gulino to take his place when he decided to leave the band.” Montecarlo added: “Frank was the one who asked me if I’d be interested in auditioning back in the summer of 2012. I’ll be forever gratefull for that. He was a great writer, great bass player and guitar player. Very passionate about music. When he left the band he didn’t want to leave us in limbo so he already had asked Jaron if he’d be willing to take his place.”

Mach22 performing Cinderella‘s “Somebody Save Me” with Jeff LaBar at Forever Autumn in Philadelphia, Pennsylvania, USA on Dec. 22, 2012:

with Jeff LaBar from Cinderella