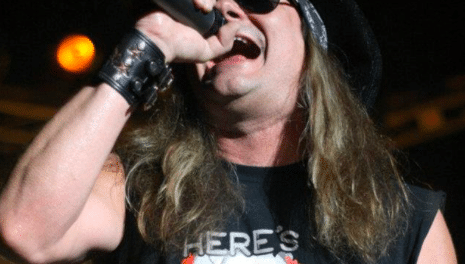 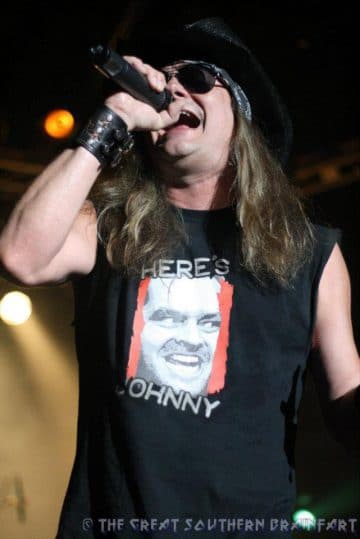 Photo by The Great Southern Brainfart

Sleaze Roxx has some very sad news to report as former Skid Row lead vocalist Johnny Solinger has passed away at the age of 55 years old. Back in early May 2021, Solinger announced publicly that he had been diagnosed with liver failure and had been hospitalized for the last month with a “not so good” prognosis. A GoFundMe campaign was started by Brian Lawrence on behalf of Solinger around that time, which raised $16,260 US out of a $100,000 US goal.

The following message was posted on Skid Row‘s Facebook page less than one hour ago:

“We are saddened to hear the news of our brother Johnny Solinger.

Our thoughts are with his family, friends and fans. Godspeed Singo.

Say hello to Scrappy for us.

Wikipedia summarizes Solinger‘s music career as follows (with slight edits): “John Preston Solinger (born August 7, 1965) is an American singer-songwriter best known as the former lead vocalist of Skid Row from 1999 to 2015. At the time of his split, Solinger was the band’s longest serving vocalist, surpassing Sebastian Bach, who was in the band for nine years. During his time in the band, he performed on the albums Thickskin (2003) and Revolutions Per Minute (2006), along with Chapters 1 and 2 of the 3 part United World Rebellion EP series, with Chapter 3 due to be completed with Solinger‘s replacement ZP Theart on vocals.”