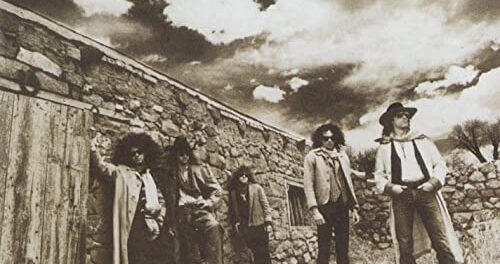 Sleaze Roxx has sad news to report as former Tangier guitarist Gari Saint has passed away. Saint was in Tangier from 1986 to 1990 and played on their album Four Winds (1989).

“It is with is with great sadness that we announce the passing of Gari Saint, beloved second guitar player on Tangier’s first album ”Four Winds”. He was an exceptional guitar player and an even better person. Gari made a huge contribution to the band 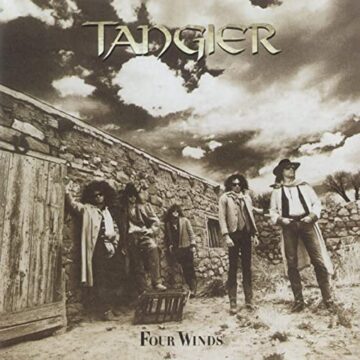 vibe, songs, and overall sound. More importantly, he was a brother to all of us. Always calm, always cool. He will be sorely missed. Much love to his wife Danielle. Seen you on the other side my friend!

Wikipedia states the following in part about Tangier (with slight edits): “Tangier formed in Philadelphia, Pennsylvania, United States, by the songwriter and guitarist Doug Gordon, and grew up in the clubs with bands such as Cinderella, who helped the group by having Tangier open for them on their second major tour.

Gordon‘s competence as a rock lead guitarist was ‘pro-filed’ by Guitar World in its October 1989 issue, p. 118: “….. And on “Sweet Surrender,” the album’s tour de force. Gordon, after a growling 1-3-5 bass-note riff, launches into a dizzying, double tracked barn burner that suggests a summit meeting between Winter and Danny Gatton. This man can blaze.” Garry Nutt was brought on board, as well as Gari Saint on guitar and Jimmy Drnec on drums. The band recorded demos and sought management and hooked up with Larry Mazer. The band showcased for many labels and was finally signed by Derek Schulman, who was to head up the reborn and revamped Atco Records label. Veteran producer Andy Johns was selected for to produce Four Winds. Bobby Bender was secured for the drums prior to recording Four Winds. It produced the hit singles “On The Line” and “Southbound Train”.

For their second major label album, Stranded, there were some line-up changes again. Separating with both Mattson and Saint, the band brought in vocalist–guitarist Mike LeCompt. This album produced the hit single “Stranded”, featuring Pamela Anderson in its music video. The band fell apart in 1992.”

Tangier‘s “On The Line” video (from album Four Winds):