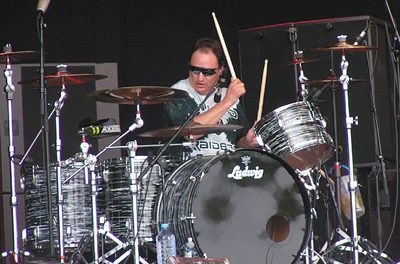 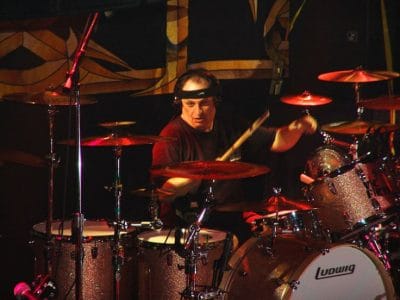 “It is with shock and sadness that I type this. Leonard Haze, the legendary drummer, and a guy I spent decades with creating great music together, has passed away at 61. This, just a few days after his birthday. I just woke up to this news, as I’m in Germany, and immediately called his wife, Kelly. She confirmed that Leonard had passed away in his sleep, a few hours ago, sometime between noon and 7:30pm on Sunday, September 11.

Leonard has been struggling with COPD for years, but Kelly said that although his health had recently declined, they felt he had a few years left, so this is unexpected.

My deepest condolences to Leonard‘s family and friends. His impact on the rock scene was well documented.

Rest in peace, my friend. 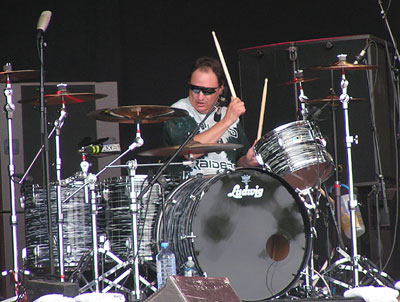 Haze had his own band entitled HazeXperience, which released the following statement on Facebook:

Haze had been battling chronic obstructive pulmonary disease (COPD) for several years, making breathing difficult. Even so, he had fought to keep playing drums, performing regularly with his band, HazeXperience, and joining Y&T on-stage at the Fillmore in San Francisco in both 2015 and 2016. HazeXperience was scheduled to open for Y&T at the Mystic Theatre in Petaluma November 18 and 19, and had been in the midst of recording an EP of new material.

“Leonard was not only a bandmate but a close friend, sharing not just a passion for music but also our appreciation for fast cars, cool RC planes, and Fireball Whisky,” said HazeXperience guitarist Jim Bradley. “Leonard was taken from us way too soon.”

“Leonard was a good friend, a great drummer, and a true ambassador for the world of rock ‘n’ roll,” said Jeffrey Winslow, lead singer for HazeXperience. “I’m shocked that he’s gone, but thankful I got to know him while he was here.”

Haze was a founding member and one of the principal songwriters for the Bay Area hard rock band Yesterday & Today, later known as Y&T. He co-wrote some of their biggest hits, including “Hurricane,” “Black Tiger,” “Mean Streak,” “Rescue Me,” “Dirty Girl,” “Forever,” and MTV staple “Summertime Girls.”

It was Haze‘s bass drum prowess that made his powerful drumming style legendary and, thanks to it, Y&T quickly developed the reputation as a must-see live band and musical powerhouse, headlining shows with opening acts such as Van Halen, Mötley Crüe, Stevie Ray Vaughan, and many others. Y&T‘s hard-driving style helped them land worldwide tours alongside such acts as AC/DC, Aerosmith, Ozzy Osbourne, and Rush, which resulted in the development of a strong following throughout Europe.

In the early Nineties, Haze played drums on Deep Purple vocalist Ian Gillan‘s solo album, Toolbox. Gillan subsequently asked him to join the band, and Haze was part of one of the first rock bands ever to not only perform, but tour, behind the “Iron Curtain,” traversing the Soviet Union during the cold war. After that tour, Haze became a permanent member of the Ian Gillan Band, continuing with a two-year world tour and performing in 71 countries.

In 2002, Haze reunited with Y&T and went back on tour with them throughout the United States until they parted ways in 2006.