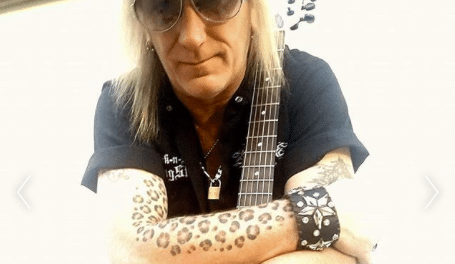 Glam metal rocker Tommy Phelps passed away today and reportedly while he was sleeping.

“With heavy heart, my good friend. I called my brother Tommy Phelps, passed in his sleep early this morning…you are and will be missed my brother! Love always, Bonzo..!: 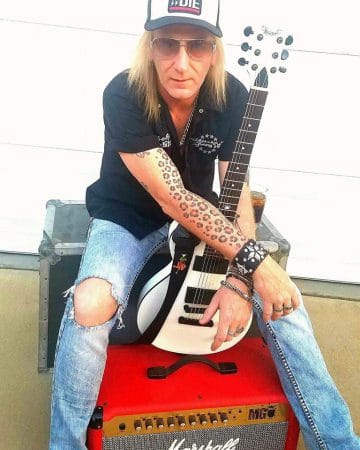 Phelps‘ Bio on his Reverbnation page indicates (with slight edits):

“Grew up in Balt. Md. in the 80’s playing shows in clubs throughout the Northeast. Got signed, got $$, Toured, spent my $$, had my 5 mins of fame…Started my Motley Crue Tribute Band – Red Hot outta New England. We toured Nationally for 12-13 years, received quite a bit of publicity both regionally and nationally, recorded some with the Label Versailles Records. After also a 13 year stint in the Worcester, Massachusetts band Wild Vein, writing /recording originals, and playing some choice covers as well. We played all over the East Coast in clubs, and did several biker events/festivals. I then packed up my stuff and moved to Idaho. I toured a bit doing the Ameristar Casino Circuit spanning across the entire country, and playing all over Idaho Club Circuit with Teasin N Pleasin.

I am still writing/ recording as of today, and opening for National Acts. Always on the lookout for a new project to be involved with, however I have my own band Tommys Lunatics that plays originals & covers. I play Rhythm Guitar / Lead Singer took 15 years of drum lessons, 4 years of piano, play harmonica as well. Own a small home recording studio, as well as Full 3Way Live Sound System. I’m into Hard Rock sound with Melody!! Anything Catchy w/Hook!! LesPaul/Marshall w/DirtyGain!! Working on Upcoming Solo Album for release, and playing shows. Have aquired several Endorsements including Clayton USA Custom Picks, and RocknRoll Gangstar Apparel. After so many years of different musical generes, and my own personal music taste, I try to be diverse as possible, and constantly wanna learn more.

Now I’ve moved out west to Phoenix and am currently tearing up the west in a few diff projects, and currently am embarking on a 2018 release of my full=length original music!! Hit me up if you’re in need of a pro frontman!! I’m always wanting to keep busy and play!!”