Although there have been no formal statements yet from anyone in the Heavens Edge camp, the word is out that the group’s long-time bassist George “G.G. Guidotti has passed away about one day ago presumably due to lung cancer.

Guidotti announced via Facebook back on March 25, 2019 that he had been diagnosed with stage 4 lung cancer. The bassist advised in part at that time: 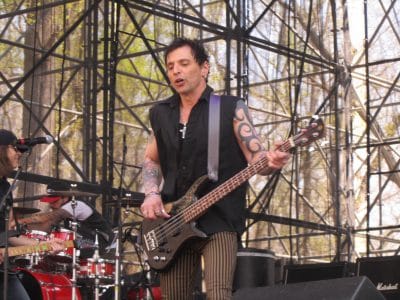 “I have been diagnosed with stage 4 lung cancer. I was told they can’t cure me. They think they can treat me though. That means you people will have this rocker to party with for a while longer. I intend to fight this with the same attitude I bring to everything else in my life. I’ve never backed down from a challenge and I don’t expect to start now. In my life I’ve been struck by lightning, hit by a car, shot at point blank range with a shotgun and even had to undergo brain surgery two years ago for a condition they used to call “The Suicide Disease” before there was a cure because it was so painful, people would kill themselves. This one is tough though. I’d be lying if I said I wasn’t scared. But I know I’ve lived my life with intensity and attitude. I’ve seen and done more than most. Some shit I’d probably like to forget. Other things I’ll always laugh about and remember because I know how lucky I have been. I got to live my dream for a period of time. I got to meet people I always wanted to (and some people I wish I didn’t!). I got to be a part of a family who raised me and cared for me, with brothers and sisters who are there for me to this very moment. I got to love people and have them love me back. That stuff made me who I am…all of it. The good, the bad, the ugly….and the good looking.”

While Guidotti‘s Heavens Edge bandmates have publicly remained silent about his passing, some of them posted a photo that included Guidotti on their respective Facebook pages at around the same time yesterday and guitarist Reggie Wu acknowledged the condolences offered by one person yesterday. 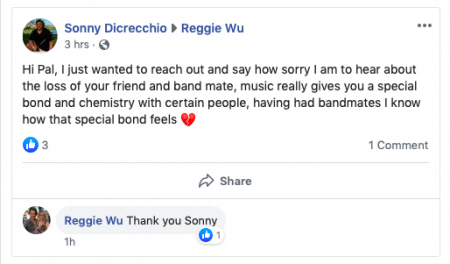 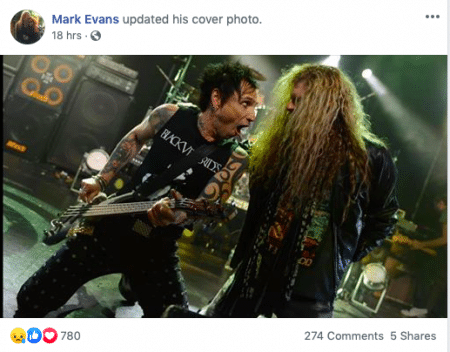 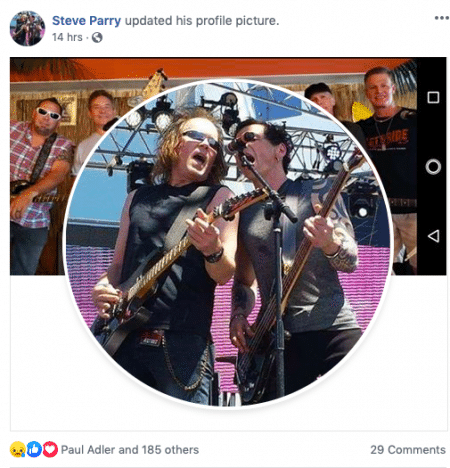