Sad news in the Helix camp as original guitarist Ron Watson passed away at the age of 62 on January 17, 2019. Watson played in Helix in 1974 and 1975 and before the band released its first record.

Wikipedia states the following about Helix‘s beginnings (with slight edits):

“Helix were formed in 1974 for a battle of the bands contest in Kitchener, Ontario, Canada by drummer Bruce Arnold. They were 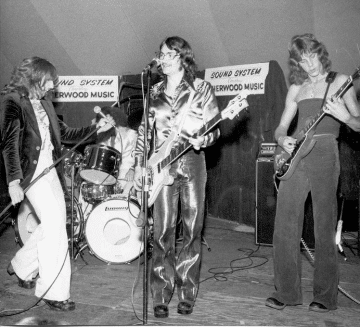 originally a six-piece, consisting of Arnold, lead vocalist Brian Vollmer, guitarists Ron Watson and Rick “Minstrel” Trembley, keyboardist Don Simmons, and bassist Keith “Bert” Zurbrigg, who always wore his trademark tuxedo on stage. Their original name was The Helix Field Band, soon shortened to simply Helix. Trembley left after a few months, making the band a five-piece. Soon after, Helix scored some crucial shows as Del Shannon‘s backing band on some Canadian dates. However, the original lineup dissolved by 1976, and three new members entered the fold. Replacing Simmons, Watson and Arnold were guitarists Brent “The Doctor” Doerner and Paul Hackman, who would both remain with Helix through the 1980s, and drummer Brian Doerner, Brent‘s twin brother.”

The Obituary for Watson states in part:

A beautiful light has gone out. 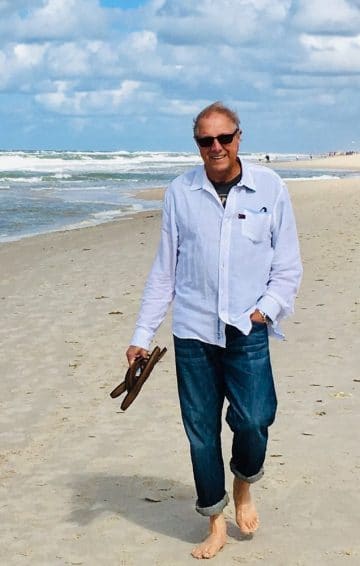 On January 17, 2019 after 21 years of Sisyphean battles with Multiple Myeloma, Ron Watson of Waterloo left the world he so loved for a world without pain….

Ron was an inspiration to everyone who had the good fortune of meeting him.  He was remarkable not only for the gentle hand he extended to friends and strangers alike, Ron was a 21 year survivor of Multiple Myeloma.  Diagnosed in 1997, he was steadfast in his determination to squeeze every joyful moment out of life, knowing his time was limited.  And he did it with a flourish….

A true Renaissance man, Ron loved and celebrated the arts.  His Gibson SG gave him great joy and had been a companion to him since the 1970s.  Ron was a founding member of the band Helix, and played guitar in Verticle and Room of Fools in the 80s.  In the last decade of his life, he reunited with some former band members to form The Heinz Peper Band and the Rockervilles….

Knowing his time was limited, Ron tried to revel in all the great sights, sounds and flavours life has to offer.  In the last few years he enjoyed Vancouver Island, Tofino, Italy, Denmark, and the Maritimes between chemo treatments.  He celebrated the people in his life for whom he held a great and enduring love.  He brought neighbours together for block parties, played road hockey with local children, inspired a fall “schnitzengruben” bar-b-q, and happily initiated many summer night wiener roasts.

Ron taught us to value our time in the world and our time with each other.  He showed us how to saw a board straight, tie a sound fish hook and how to wash a floor with enthusiasm.  His orderliness is legendary.  He taught us the importance of humility, and of caring for the little things so the big things could fall into place.  He taught us faith, and unconditional love.”