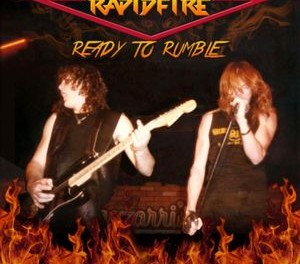 Former Rapidfire guitarist Kevin Lawrence died on January 14, 2016 at the age of 51. 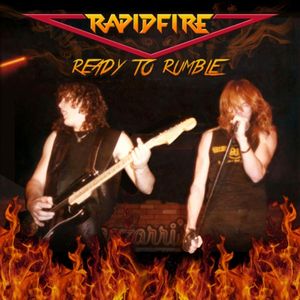 Lawrence is largely known for having played in 1983 in the band Rapidfire with the enigmatic Axl Rose who later went on to achieve fame and fortune with the legendary Guns N’ Roses. After years of legal battles, Lawrence eventually released a five song EP by Rapidfire entitled Ready To Rumble on November 15, 2014.

A close friend of Lawrence posted the following message on Rapidfire‘s Facebook page on January 16, 2016:

“To all Friends, Fans and Supporters of Kevin Lawrence and his band, Rapidfire, Kevin loved you all. He was constantly inspired by your interest, your enthusiasm and your encouragement.

Like everyone else here, I was at first a fan, desperate to hear the music, to learn about his experiences with his fantastic singer. Miraculously, I received the honor of becoming one of Kevin‘s close friends and collaborators. He was as genuine a person as can be, uniquely creative and insatiably imaginative. He was also an extremely generous and good natured man, truly caring for his loyal friends and his beloved dogs.

I will be forever grateful to his best friend and lawyer, Joshua Solomon, for trusting me and allowing me into their precious and electrifying world.

Fearlessly, Kevin did always what he wanted to do, to the end. He was a true rock n’ roller.

He leaves us with his giant grin, encouraging us all to give the rest of the world a giant, extended middle finger.”

Lawrence‘s close friend was recently kind enough to speak to Sleaze Roxx to share information about Lawrence outside of his time in Rapidfire with Rose: 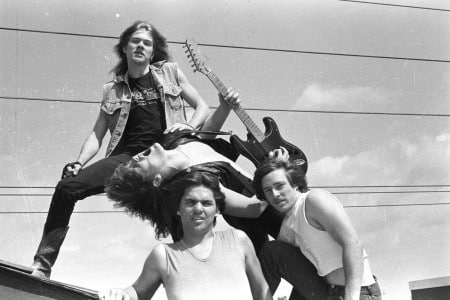 “Kevin Lawrence had been a long-time California kid even if he had been born in New York City in 1963. His family relocated to Los Angeles when he was a young child, and it became their home until just before Kevin entered high school. They had moved north to San Mateo where he almost immediately started his music career, his holiday gift being an electric guitar. The hot band at his school was called PRI, and in it, was Greg Steele, who would later form Faster Pussycat with Taime Downe. Kevin, enamoured with AC/DC, made his presence known to PRI and though he never entered the band, they allowed him into their practice realm to jam the best that he could. Kevin quickly discovered he had a musical disability. He was completely unable to play music by ear or by sight written by another person. Hence, self taught, he began writing and playing his own songs.

With a dream in place, he returned south to attend UCLA and more importantly, to pursue his rock stardom and form a band. His gathered his bass player, Mike from the school, and easily found in town, his drummer, Chuck Gordon, an old friend and classmate from junior high school. All rehearsals took place at Chuck’s home. And Kevin, being the songwriter, bandleader, rhythm and lead guitarist with zero vocal training, was the frontman. In his own words, he “sucked.” But besides his voice limitations, Kevin’s vision was a four-piece group with a real, good singer and with him on guitar only.

Band dynamics would grow too frustrating and Kevin’s need for control not only changed the band name bluntly to just “Kevin Lawrence,” but he also basically assumed every musical position other than the drums. Chuck, who to this day remained a close and loyal friend of his, would be Kevin’s longtime drummer. An opportunity arose to record more Rapidfire music, this time with Bobby Sherman of The Monkees producing. Kevin released these tracks late last year as Rapidfire’s second EP, Afterburner. And after a flashing stint auditioning for the open guitarist spot in another upcoming band at the time, Poison, Kevin’s musical interest and direction steered away from the hard rock examples of AC/DC and Y&T to the new wave electronica sounds of Depeche Mode. He started writing music with a synthesizer before eventually placing aside his rock star dreams and ambitions for good. 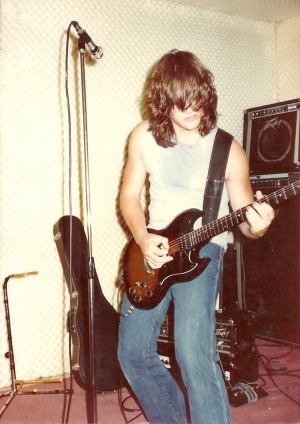 He lived as a bachelor with his dogs and still made music as a hobby. One of his biggest heroes was Charles Bukowski, and Kevin created a mass of bizarre, sometimes haunting, sometimes intoxicating tracks with his own electronica sounds underneath Bukowski poetry reading recordings, humbly entitled, “The Smoking Roaches.”

Kevin was always thrilled and overwhelmingly surprised by the interest and support the fans had for him, his music and his time with their favorite singer. Kevin never lost his regard for Axl being one of the greatest singers and artists of all time. Being a somewhat demanding and difficult bandleader and businessman himself, Kevin could very well relate to Axl‘s intense commitment to his own band and its music.

According to social media, to the Facebook posts made by people who lived near him and knew him well, Kevin was reported as having contracted pneumonia, and while under hospital care, he suffered several heart attacks. He died January 14 [, 2016].”

Detailed information on Lawrence‘s time in Rapidfire can be found online and apparently authored by his best friend and lawyer Joshua Solomon who reportedly sadly took his own life in February 2014.