Sad news for Molly Hatchet fans worldwide as founding member and guitarist Dave Hlubek passed away today at the age of 66 due to a heart attack. 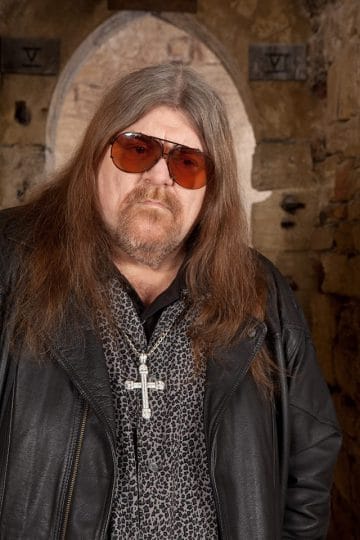 The following message was posted on Molly Hatchet‘s Facebook page about two hours ago:

“It is with great sorrow to announce the passing of our beloved friend and band member Dave Hlubek. Dave was one of the founding lead guitarists of Molly Hatchet. Amongst his many contributions to southern rock is “Flirtin’ with Disaster.” Our condolences and our prayers go out to his family during this time of loss. He will be missed but never forgotten, as the music lives on through his legacy in Molly Hatchet.”

Wikipedia states the following about Hlubek‘s career (with slight edits)

“Hlubek, founded the band Molly Hatchet in 1971. Vocalist Danny Joe Brown joined in 1974, along with Steve Holland guitarist in 1974, Duane Roland, Banner Thomas, and Bruce Crump in 1976. Hlubek was the original vocalist when they started, as well as becoming the band’s most prolific songwriter—writing or co-writing the majority of the group’s songs, including their most famous, “Flirtin’ with Disaster”. When at last they got their recording contract with Epic Records they got some help and advice from Lynyrd Skynyrd vocalist Ronnie Van Zant, who was originally supposed to produce their first album, but was unable to, because of his death in a plane crash in 1977. While most people tagged Molly Hatchet as “Southern Rock,” Hlubek admits it was only because of the location. He considered Molly Hatchet, along with Blackfoot, to actually be metal bands from the South. In fact, he has also said that, although hard to talk about, it was the demise of Lynyrd Skynyrd—who were on top of the world at that time—that opened the door for Molly Hatchet.

In 1986, Hlubek left the band, to be replaced by lead guitarist Bobby Ingram. Hlubek—by his own admission being “unbearable” due to rock star excess and substance abuse—left the band. “I had a horrendous, horrendous cocaine problem”. Hlubek then found himself at rock bottom and unemployed. His close friend Mazz moved Hlubek out of Jacksonville to Port 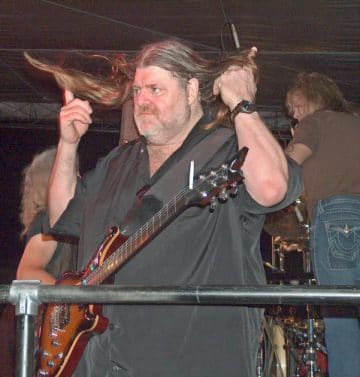 St. Lucie, Florida and offered him moral support and many years of employment. Acting as Hlubek‘s personal manager, Mazz negotiated recording sessions and gigs as well as created bands featuring Hlubek. These included: Hlubek & Friends, Southern Jam Band, and the Southern Rock Legends (with the latter including former members of both Lynyrd Skynyrd and Blackfoot). After getting his life back together, Hlubek also worked with other bands including the Dixie Allstars, renamed Southern Rock Allstars which he co-founded with Blackfoot drummer Jakson Spires. In 2003, he joined forces with former Lynyrd Skynyrd guitarist Mike Estes, his drummer Kurt Pietro and Finnish musician Pontus J. Back when Estes and Back founded the band Skinny Molly. In January 2005, Ingram invited Hlubek to rejoin Molly Hatchet so as to give legitimacy to Ingrams tribute band version. Due to health issues, David Hlubek has slowed down with touring and flying. He is still an active member recording and playing when he is able…

In addition to writing the such hits as “Flirtin’ with Disaster”, “Gator Country”, Whiskey Man” and “Fall of the Peacemakers” that Molly Hatchet is known for, Hlubek is also credited with writing several soundtracks. These include feature films such as Monster starring Charlize Theron, The Dukes of Hazzard, Suspect Zero and Delta Farce. Dave Hlubek has seven gold and platinum selling albums with sales totaling approximately 24 million in album sales.

Had to Re-Master this one. Playing it in the Sports Bars is a Must.