Another legend is no longer among us as Mountain co-founder, lead guitarist and co-lead vocalist Leslie West passed away today at the age of 75 due to cardiac arrest. West was reportedly rushed to a hospital on Monday, December 21st after suffering a heart attack at his home near Daytona, Florida but he never regained consciousness. 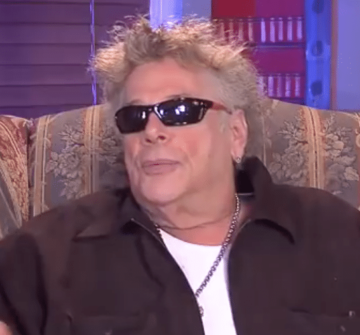 Wikipedia states the following about West‘s time in Mountain (with slight edits):

“In 1969, West and [Felix] Pappalardi formed the pioneering hard rock act Mountain, which was also the title of West‘s debut solo album. Rolling Stone identified the band as a “louder version of Cream“. With Steve Knight on keyboards and original drummer N.D. Smart, the band appeared on the second day of the Woodstock Festival on Saturday, August 16, 1969 starting an 11-song set at 9:00 pm.

The band’s original incarnation saw West and Pappalardi sharing vocal duties and playing guitar and bass, respectively. New drummer Corky Laing joined the band shortly after Woodstock. They had success with “Mississippi Queen”, which reached No. 21 on the Billboard charts and No. 4 in Canada. It was followed by the Jack Bruce-penned “Theme For An Imaginary Western”. Mountain is one of the bands considered to be forerunners of heavy metal.

After Pappalardi left Mountain to concentrate on various production projects, West and Laing produced two studio albums and a live release with Cream bassist Jack Bruce under the name West, Bruce and Laing. West, along with keyboard player Al Kooper of Blood, Sweat & Tears, recorded with The Who during the March 1971 Who’s Next New York sessions. Tracks included a cover of Marvin Gaye‘s “Baby Don’t You Do It,” and early versions of “Love Ain’t For Keepin'” and The Who‘s signature track “Won’t Get Fooled Again”. Though the tracks were not originally included on the album (recording restarted in England a few months later without West or Kooper), they appear as bonus tracks on the 1995 and 2003 reissues of Who’s Next and on the 1998 reissue of Odds & Sods.

West also played guitar for the track “Bo Diddley Jam” on Bo Diddley‘s 1976 20th Anniversary of Rock ‘n’ Roll all-star album. Since 1981, the group Mountain has continued to reform, tour and record on a regular basis.”