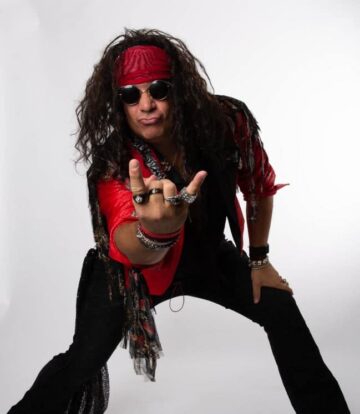 Sleaze Roxx has some very sad news to report as Mullett‘s long-time frontman Ron Jovi (real name: TJ (Tony) Gabriele) has passed away from Covid complications. Mullett became known as one of the most authentic ’80s tribute bands but they also released an album titled The Originals via Eonian Records in March 2021. Jovi leaves behind two children and his Mullett bandmates Dan Halen (guitar / keyboards), Teddy Lee (bass) and Jef Leppard (drums).

“TJ (Tony) Gabriele, “Ron Jovi“, lead singer of Mullett, was tragically taken from us entirely too young from complications due to Covid-19 while vacationing in Exuma, Bahamas. The family is now discovering not only the great cost to fly him back, but the incredible bureaucracy and red tape that exists to do so. Making matters much worse, because this is a Covid related death, there are many more protocols in place that must be met before he can re-enter the US. We have to believe that if Ron became sick in the US, the outcome would have been much different, but the reality is the family is determined to get him home on US soil. They are asking his countless fans for help, and all monies raised will go toward the expense to bring Ron home and to support his two biggest fans–his beautiful surviving children. As Ron always said “See ya next time…,” we would love to see him one more time to say goodbye properly. Thank you for considering!” 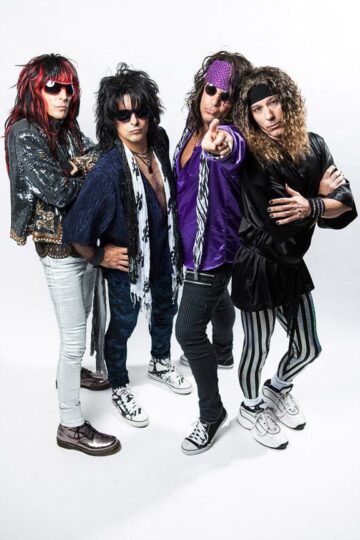 Jovi‘s Biography on Mullett‘s website indicates: “Born and raised in Las Vegas, I was meant to be in the bright lights! My parents told me growing up that I had a great voice, but being a kid, I basically thought they were stupid and never pursued it. When I was 16 years old, my first real girlfriend (definition of real girlfriend= first sex) told me that I had a great voice…for some reason I believed her and became a professional traveling musician, as in I sang while driving my car.  After years of playing my original music, opening for the likes of Warrant, Bret Michaels, White Lion, Foreigner, Ratt, Dokken, Meatloaf, Rick Springfield and many other 80’s icons, I met Dan Halen while on tour and I said “fuck this” and we started Mullett so we could have the cool dressing room and get free shit backstage, and the rest is history! I love the fans and love to ROCK….PEACE!”

Mullett‘s own Biography states: “For over a decade now, Mullett has proven themselves time and time again to be THE Premier Rockers for Hair Band fanatics and lovers of Rock ‘n’ Roll all over the world.  By delivering the best of the 1980’s in Big Hair and faithful renditions, Mullett recreates the vibe of those times with unrivaled passion and conviction.  From corporate functions and private parties to college campuses, theaters, nightclubs and casinos, Mullett has the unique ability to ROCK and captivate their audience with the sights and sounds of the Glam Band era.  Mullett fans agree; this is the closest anyone can get to classic Van Halen, Def Leppard, Bon Jovi, Journey and Poison without hitting 88 mph in a tricked-out DeLorean.  Catch Mullett at a venue near you and let the 80’s live forever!”

Mullett‘s “This Is Our Time Now” video: