Very sad news as one half of Pavement Princess is gone with as lead vocalist and drummer René de Bie has passed away. The cause of death is unknown to Sleaze Roxx at this time. 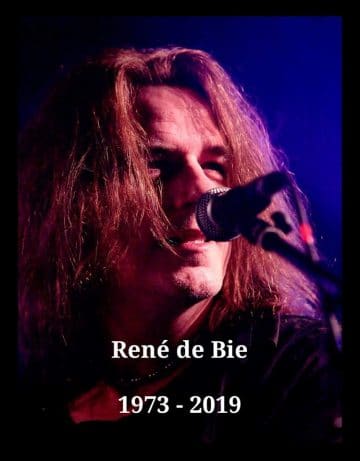 “It is with great sadness that I have to inform you that my dear friend René passed away.

He was my musical partner in Pavement Princess, a true inspiration and a great friend.

We had a great journey together, something I will always cherish.

I will miss you dearly.

Rock on, my friend!

“Though they already knew each other somewhat vaguely, it was during a jam session they both joined that Erwin and Rene discovered their mutual passion for melodic hard rock.

Writing and recording songs together, each discovered the other one’s favorite rock bands and styles. The collaboration became a project, and Pavement Princess was born.”

Pavement Princess released their debut album First Night Out in July 2018 and Sleaze Roxx stated as follows in its review:

“On first pass of the album, one can only sit back and appreciate the effort from the over the top harmonies, to the song craftsmanship, to the guitar driven (both rhythm and lead) efforts that weave this intricate tapestry of hard rock and glam metal. Certainly a heaping helping of early Stryper can be taken away from this album with both the guitar playing, vocals and that signature soaring metallic hard rock sound that is/was a staple for the Sweet‘s back in the ’80s. Pavement Princess have captured and then transformed this into their own. I also hear a good amount of the more glam fueled bands of the time in this effort, some Poison perhaps, at times some Danger Danger, Warrant as well…”

Pavement Princess‘ “Out On The Streets” lyric video:

Pavement Princess – Out On The Streets (Lyric Video)

From the album ‘First Night Out’ (2018)For more information: http://www.pavementprincess.nlhttps://www.facebook.com/PavementPrincessRock