Crashdïet founder and original lead vocalist Dave Lepard would have turned 40 years old today had he not tragically passed away back on January 20, 2006.

Below is the Sleaze Roxx article from its now defunct R.I.P. section in that regard

Details:
Shortly before 1:00 a.m. on Friday, January 20th, the police in the Swedish city of Uppsala, north of Stockholm, were called to the apartment of Crashdïet frontman David Hellman (a.k.a. Dave Lepard). He had not been in touch with his friends or family for 20 days and a close friend of his had entered the apartment and found him dead, reports the Swedish newspaper Aftonbladet.

“There is no foul play involved in his death, other than that we don’t know what the circumstances are,” police spokesperson Christer Nordstrom told the newspaper Expressen.

Zubeyde Gungodogmus is shocked by the news that her neighbor has been found dead in his apartment. They were acquaintances.

“He was so sweet and very friendly,” she tells Expressen.

However, she had noticed a change in the rock star. Last week, she met him at the local supermarket.

“He looked so thin and was out of character,” she says. 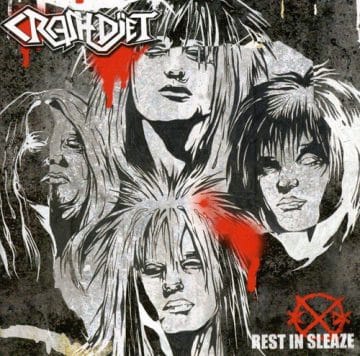 During the first weeks of 2006, there were signs that everything was not well in the Crashdïet camp. The other members were rumored to be fed up with Hellman‘s excessive drug intake and were on the verge of leaving, or already had left, the band. Both they and Hellman‘s family have declined to talk to the media at the moment.

Hellman, 25, made no qualms about his sex, drugs and rock ‘n’ roll lifestyle.

“We want to get hard rock back on track again and it’s nice that it’s getting bigger again,” he told the Swedish music magazine Groove last year. “All the other crap is becoming so tiresome. I mean, hip hop people live the sex, drugs and rock ‘n’ roll lifestyle to a much larger extent than hard rockers do.”

Describing his lifestyle, he said: “You live in chaos, depend on welfare, are an addict and things fucking suck. That’s why it often collides with the music; it’s too much of the good stuff and the music is affected. You would need 48 hours per day, but you’re so fucking stupid and get your priorities wrong.”

Crashdïet were a Stockholm, Sweden-based Eighties hard rock-style band whose debut album, “Rest In Sleaze“, entered the Swedish national album chart at position No. 12. They were reportedly the first “sleaze rock” band in over 10 years to be signed directly to a major company – Universal Music. The group, whose members were said to be in their early 20s, were scheduled to make their U.S. debut in March at the South by Southwest music conference/festival in Austin, Texas. A video clip, dubbed “On the Road with Crashdïet 2005“, was recently posted on their official web site.

In a joint statement released to the media, the surviving members of Crashdïet – Martin Sweet (guitar), Peter London (bass) and Eric Young (drums) – said, “As a band member, but most of all as a person, we will miss him for all eternity. Dave was nothing but a genius and a very special person. Crashdïet will definitely not continue as a band. Crashdïet consisted of four people and now one has left us.”