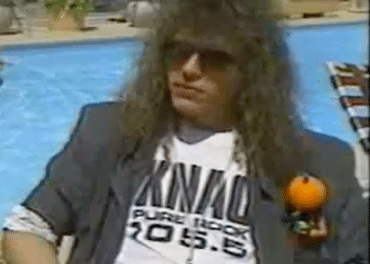 Today marks 25 years since former Helloween drummer Ingo Schwichtenberg unfortunately took his own life by jumping in front of a subway train. Schwichtenberg was only 29 years old when he passed away and he had been suffering from schizophrenia. Below is the Sleaze Roxx article from its now defunct R.I.P. section in that regard: 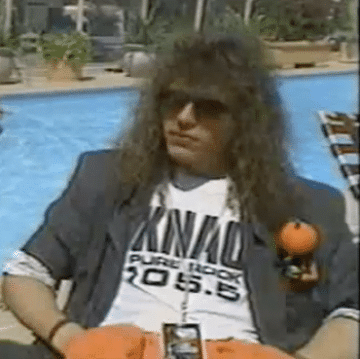 Wikipedia states the following about Schwichtenberg (with slight edits): “Ingo “Mr. Smile” Schwichtenberg (18 May 1965 – 8 March 1995) was a German drummer and one of the founding members of German power metal band Helloween. Schwichtenberg was famous for his high-energy drumming. His Helloween bandmates gave him the nickname, “Mr. Smile“, because he often appeared to be cheerful and smiling.

Schwichtenberg was fired from the band in 1993 during the tour of the album Chameleon. Schwichtenberg was apparently somewhat dissatisfied with the direction of the band as well, even going as far as to refer to their song from the Chameleon album “Windmill”, as “Shitmill”.

After his ejection from the band, Schwichtenberg slid further and further into his schizophrenic episodes, culminating in his suicide in 1995 by jumping in front of an S-train. Schwichtenberg‘s replacement in the band was Uli Kusch.

Helloween dedicated him the album The Time of the Oath. His friend Kai Hansen had dedicated the song “Afterlife”, from Gamma Ray‘s Land of The Free to him. As well, Michael Kiske made a tribute to Schwichtenberg with the track “Always”, from his first solo album Instant Clarity. Also the song Step Out of Hell from the Helloween album Chameleon is written by Roland Grapow about Schwichtenberg‘s problems with alcohol and other drugs.”

Helloween‘s “I Want Out” video (from Keeper of The Seven Keys Pt II album):

Helloween‘s “Step Out of Hell” song (from Chameleon album):

Helloween – Step Out Of Hell

Helloween – Ride The Sky is available now to purchase or stream.Download from iTunes: http://apple.co/2a9aK8VPurchase from Amazon: http://amzn.to/2alA12N