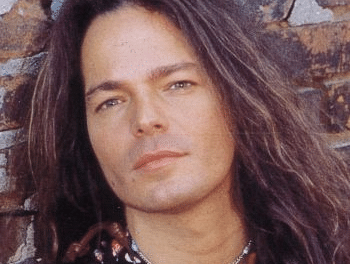 R.I.P. – Remembering Ray Gillen on the 25th year anniversary of his death

Today marks 25 years since Badlands and former Black Sabbath lead vocalist Ray Gillen passed away. Below is the Sleaze Roxx article from its now defunct R.I.P. section in that regard: 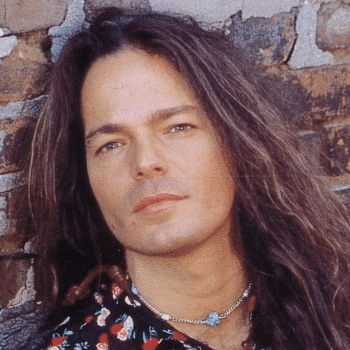 Wikipedia states the following about Gillen‘s life (with slight edits):

“In 1986, Black Sabbath started touring for the Seventh Star album when after only a few shows, singer Glenn Hughes got into a fist-fight and lost his voice due to the related sinus and throat injuries. Gillen was offered the job to replace Hughes,

which meant leaving Rondinelli to accept the offer. After finishing the Seventh Star tour, Black Sabbath recorded their next album The Eternal Idol with Gillen. However, due to mix of financial burden, writing difficulty (Bob Daisley was recruited for writing as Gillen turned out to be not much of a composer), mismanagement and miscommunication that plagued the band, Gillen and Black Sabbath drummer Eric Singer quit before the album was ever released. Gillen was eventually replaced by Tony Martin, and the vocal track of The Eternal Idol was hurriedly rerecorded note-for-note with Martin before the album was finally released in 1987. However, demo versions of The Eternal Idol featuring Gillen do exist on the bootleg circuit. Also, in an interview, Martin revealed that the sinister laugh heard on the track Nightmare is in fact Gillen‘s voice. The album was re-released on November 1, 2010 in Europe in a 2-disc expanded set including a bonus disc with Gillen’s recording.

During the time of the Seventh Star tour, Gillen was asked by project director and co-producer Wilfried F. Rimensberger to join Mel Galley‘s Phenomena for the recording of the album Dream Runner, which features vocals from Glenn Hughes, John Wetton and Max Bacon. He recorded 4 tracks. Gillen is also featured in Phenomena‘s ‘Did it all for Love’ music video although he was not involved in the actual recording of that song. 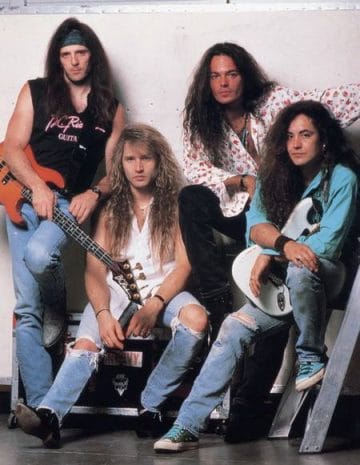 After the Phenomena recordings, Gillen joined John Sykes (previously with Whitesnake, Thin Lizzy and a different band called Badlands) with the intention to form a new band Blue Murder. Gillen sang demos but parted company when Sykes decided to handle vocals himself.

Gillen then contacted Jake E. Lee (former Ozzy Osbourne guitarist) to form a band. In 1988, Gillen started to form Badlands with Jake E. Lee and recruited his friend Eric Singer with whom he had played in Black Sabbath. Gillen recorded three albums (Badlands, Voodoo Highway, and Dusk) with Badlands and toured from 1989 until 1992.

Following his split from Badlands, Gillen stayed in L.A. and was involved with two projects. He joined forces with drummer Randy Castillo and Iggy Pop band members Whitey Kirst and Craig Pike under the name Cockfight. He also joined the band Terriff, led by guitarist Joe Holmes, fresh off his stint with David Lee Roth on the A Little Ain’t Enough tour. Gillen rehearsed with the group for several months before moving back to his native New York.

In 1993, Wilfried F. Rimensberger was planning a remake of his first Metal Hammer Loreley Festival but this time specifically to stage Phenomena‘s first ever live performance, with Gillen on vocals. It was going to be the launch event for a series of concerts across Europe in 1994. Gillen called from New York and told Rimensberger in Munich that had to bow out as he was too ill to perform.

Gillen went to New York City to form the band Sun Red Sun with old friends, but he died from an AIDS related disease in a New York Hospital on December 1, 1993. He was survived by a daughter, Ashley (born July 1984). He is buried at Fairview Cemetery in Fairview, New Jersey.”