R.I.P. — Remembering Ronnie James Dio on the tenth year anniversary of his death

It has already been ten years since the one and only Ronnie James Dio (Dio, Heaven & Hell, Black Sabbath, Rainbow) passed away from stomach cancer at the age of 67 on May 16, 2010. “Ronald James Padavona (July 10, 1942 – May 16, 2010), known professionally as Ronnie James Dio or simply Dio, was an American heavy metal singer-songwriter and composer, and was also known for popularizing the sign of the horns in heavy metal. He fronted or founded numerous groups throughout his career, including Elf, Rainbow, Black Sabbath, Dio, and 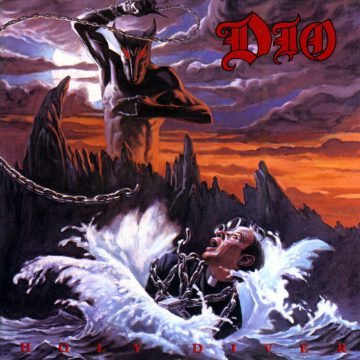 Though his parents were from Cortland, New York, Dio was born in Portsmouth, New Hampshire, where his family resided for his father’s service in the U.S. Army during World War II; they soon returned to Cortland. Dio‘s music career began there in 1957 as part of the Vegas Kings (later Ronnie and the Rumblers). In 1967, he formed the rock band Elf, which became a regular opening act for Deep Purple. In 1975, Deep Purple guitarist Ritchie Blackmore founded the band Rainbow and hired Dio to be his lead singer where the band released three studio albums. Dio quickly emerged as one of heavy rock’s pre-eminent vocalists. In 1979, Dio replaced Ozzy Osbourne as Black Sabbath‘s lead singer and appeared on three studio albums with the band which met with success: Heaven & Hell (1980), Mob Rules (1981) and Dehumanizer (1992). In 1982, he left the band to form the band Dio, with two albums certified platinum by RIAA. In 2006, he founded the band Heaven & Hell with ex-bandmate Tony Iommi. Dio was diagnosed with stomach cancer in 2009, from which he died the following year.

Dio is regarded as one of the greatest and most influential heavy metal artists of all time. He is known for popularizing the “Metal Horns” hand gesture in metal culture and his medieval-themed song lyrics. According to a version provided by the singer himself, the act derives directly from the classic Italian apotropaic gesture, which his grandmother usually did. Dio had a powerful, versatile vocal range and was capable of singing both hard rock and lighter ballads. He was awarded the “Metal Guru Award” by Classic Rock Magazine in 2006. He was also named the “Best Metal singer”at the Revolver Golden Gods Awards in 2010 and ranked as the genre’s best vocalist in 2013 by music journalist Sacha Jenkins.”

Rainbow‘s “Man On The Silver Mountain” video (from Live In Munich 1977 DVD):