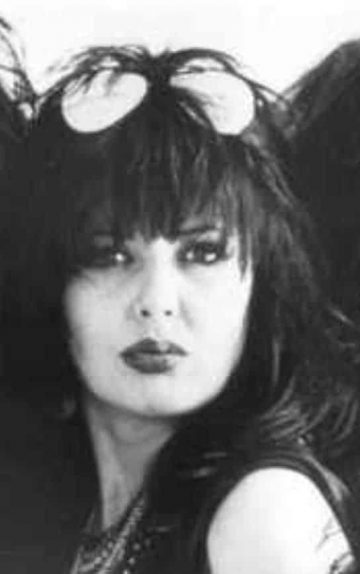 “This morning , I found out that Sally Cato has passed away.

She died on May 19 but her immediate family has been keeping it secret for reasons that I can’t or won’t get into.

Unfortunately, I am in the country resting from covid with no access to my computer and little storage space on my phone so all I can post is this.

Now that I’ve had an evening to process the passing of Sally, I have a few things to say.

She was a driven writer.

In fact during the last several yrs she had essentially locked herself away into writing mode and had written, I believe 5 books and a screenplay.

(I have no idea what will happen to these works. Her husband has them and that’s all I know of that).

Unfortunately, along with the writing quarantine out came the cigs.

Sal and I both smoked a fair bit back when.

If you’re an addict of anything, please get help. 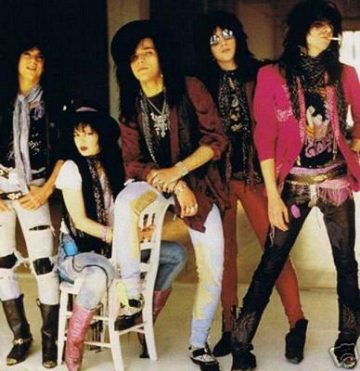 Like many artist, Sally had a bit of a new age streak, which tended to make her shy away from traditional medical drs.

We differed there. I have had serious medical problems prior and during SG and Drs and their tests have been an ongoing part of my life.

Sally took on the RnR industry from the angle that a female singer could front exactly like a male singer … And she came very close to succeeding on a large scale and proving that point.

What actually (really) happened to SG is something I won’t talk or write about in any public forum; and neither would she. The truth is that anyway you write or speak about these things they are misinterpreted and twisted into the wrong message.

I will only say that initially we had a wonderful and visionary A&R person, in Micheal Alago, but them comes company politics, vendetta’s and so forth – Thats just the tip of the iceberg and that’s where I stop writing.”

In an interview with Sleaze Roxx back in October 2010, Cato was asked whether Smashed Gladys‘ deal with Elektra Records was a good one or did the band get screwed over. Cato replied:

“That is a big question. There is a lot of detail in that answer… let me try. OK, when you go for a record deal you have to prove you have a following — which we did, possibly a bigger one that most of the unsigned competing NY and LA groups — with the exception of Poison, who were at about the same level as us, except that we already had a British album available. Next, you have to have someone represent you to the record companies… like an agent, manager or lawyer. We had a lawyer, who was hard 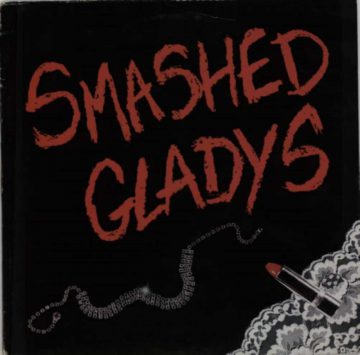 working, but inexperienced. We knew all the big name agents in the metal world, and they all came to see us. Next, if a record company shows interest, you make a deal with them and at that time, now that you have a deal memo, you go out and get the best manager possible, one that makes the record company feel confident that they have enough clout and money to get you on the best tours, buy the most amount of radio support, etc.

Well, as a band, my partner and I wrote just about everything. The guys in the band dedicated every waking hour to humping gear, playing live and the whole nine yards. The business side I did pretty much alone. I got the lawyer, I got the agent, I made all the contacts, I dealt with the record company contacts and negotiations… and during this entire time I maintained relationships with all the big management companies. Two people were responsible for signing Smashed Gladys to Elektra — the Vice President and the head of A&R. This was a pretty big deal. Both of these guys had some pretty heavyweight bands that they had signed.

Problem was, the president of the label, who had once signed some pretty huge acts, decided that he was not going to let us sign the deal UNTIL we had a manager. This was unheard of, especially since it was common knowledge that we were courting every manager in metal. By doing this, he sent a huge message to the industry that read that he did not take us seriously. The money we got was standard for that time. I had already secured a great agent — he was the president of ICM — the largest agent in the world.

Next we had to choose a producer. They would not let us use the guy who did our first LP, they would not let us contact Mutt Lang, or any other decent producer. They, without asking for a reference at all from Poison, put us with the guy who produced their LP. We ended up having to fire him halfway through the project, and then Elektra found out that Poison had locked him out of the studio for their LP and had virtually produced the album themselves… and because of legal contractual obligations, they had to put his name on the record. 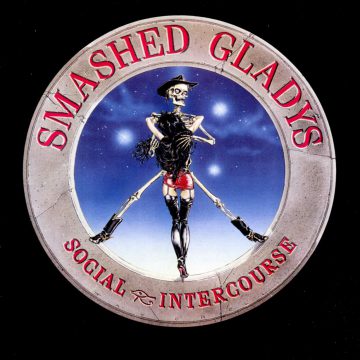 Then we had to tour — and this is where it gets unreal. At the time of our record release, there were not many stadium tours out yet. Guns N’Roses was with Iron Maiden and that was about it. So they sent us out to headline in medium sized venues until a stadium slot came up. After three months of touring we came home, and that night our agent called to say that since Guns N’ Roses were now touring with Aerosmith that the Iron Maiden opening slot was open, and that we were going to be taken to Florida to start opening for them in two days. Of course, we went through the roof. It was perfect! At the same time we were told that Poison were getting ready to tour and were looking for an opening act as well.

At about 3:30 that day, we got a call from Elektra saying that the president would not support the Iron Maiden tour and that we would not be going out again to support our album. We had already started to take Poison up on their interest in us as an opener when we discovered that Elektra had blown that for us too. The president of the label was not going to let us succeed simply because I was a female… this was made clear. Now think about it, has there ever been a female heavy metal performer who has made it to the size of say Steven Tyler, Axl Rose or Bon Scott? No… and the old white boy network who controlled things back then were going to make sure it stayed that way. It’s just fine though, because we have more female performers now than there have ever been — and they come in shapes and styles that never even existed before. Look at Pink for example. Yay!

So we walked into the president’s office and demanded that if they could not behave like professionals, that they release us from our recording contract immediately. This took about a week… getting our publishing back though, took three years.”